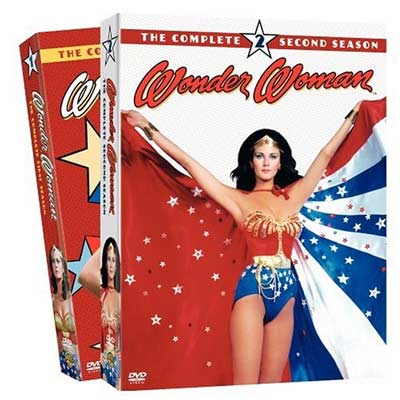 Most pop culture fans have seen or at least heard of the 70s Wonder Woman television show starring Lynda Carter. For many, Lynda Carter is Wonder Woman. But that was not the first attempt to bring the character to the small screen.

What's next for Wonder Woman? Interviews with Joss Whedon suggested he wouldn't be staying faithful to the older comic books -- and his movie never really made off the ground. In 2011, NBC had its own set of troubles related to a pilot for a "Wonder Woman" series -- particularly, that fans didn't like the title heroine's costume. Later shots from the set revealed a slightly different look, but, in the end, the series wasn't picked up.

(From the Comic Book Resources FAQ)

"It all depends on who you ask. The Amazons from Paradise Island are most definitely immortal, most of whom are over three thousand years old. However, Diana may or may not be immortal since some creators believe that Diana abandoned her immortality once she left Paradise Island.

The original Wonder Woman from the forties did age, albeit very slowly, and had grey hairs before she was shuffled off to limbo during the Crisis [DC's Crisis on Infinite Earths Mini Series]. The Lynda Carter Wonder Woman from TV was most definitely an immortal, not aging a day over the span of 40 years."