by Bryan Young Nov 29, 2017
Thanos is on a quest for the Infinity Stones in "Avengers: Infinity War." Fulfilling that quest would mean very bad things for our favorite heroes — and the universe in general. Screengrab from 'Avengers: Infinity War' YouTube trailer by HowStuffWorks

After the events of "Captain America: Civil War" it looked as though nothing could reunite our favorite heroes, like Captain America and Iron Man, into fighting against some larger threat. But the trailer for "Avengers: Infinity War" showed us that something bigger is coming. Something that threatens the entire galaxy, bringing together all of the heroes of Earth and space to fight a foe beyond any of them.

But why is Thanos so scary?

Let's look to the comic books these films are loosely based on for an answer. In "Silver Surfer: The Rebirth of Thanos," we learn much about Thanos. He's a demigod from the planet Titan with a thirst for death. He's been killed before but was resurrected by the Goddess of Death to balance the scales of life and death in the galaxy, and he decides the best way to do that is to collect the Infinity Stones.

These stones are slightly different in the comics, but in the films the concept is largely the same. They're the powerful forces we've seen across the Marvel movies, from the tesseract in "Captain America: The First Avenger" and Loki's mind stone in "Avengers" to the black cloud of dark reality in "Thor: The Dark World" and even the purple Orb of Power in "Guardians of the Galaxy." These stones each contain infinite powers, which is why they're called Infinity Stones.

Any one or two of them in the possession of a being capable of wielding the stones would be bad news since combined, they can warp reality around them. Thanos would be limited only by his imagination. "Rebirth of Thanos" documents his quest to collect each stone, with each scenario playing out like an episode of "The Twilight Zone." This trailer gives us a glimpse of Thanos collecting these stones, even ripping one from the head of the android hero Vision, played by Paul Bettany. He snaps two into his Gauntlet in the trailer alone. In the comics, he's able to collect all the stones.

The 1991 comic book "The Infinity Gauntlet," written by Jim Starlin and drawn by George Perez and Ron Lim, shows us exactly what happens when Thanos can wield limitless power. He goes to Death and, in a bid to impress her, snaps his fingers. And just like that, half of the population in the entire galaxy simply ceases to exist.

Though this action sends the galaxy into upheaval and does, indeed, balance life and death, it does not impress Death.

And Thanos knows he needs to do something more to impress her. The heroes of the galaxy have taken notice that something in the universe is out of balance. Led by Silver Surfer (who doesn't appear in the Marvel Cinematic Universe), Adam Warlock (whose creation was hinted at after the credits of "Guardians of the Galaxy Vol. 2"), and Doctor Strange (played by Benedict Cumberbatch in the 2016 film of the same name), every hero who survived Thanos' purge joins forces to oppose him. It's this challenge, to defeat them with his power, that Thanos believes will finally win Death's heart.

And with the power of the Infinity Gauntlet, how can he lose?

Many heroes die. In the comic books, Captain America's neck is broken. Iron Man is decapitated. Hulk and Drax the Destroyer are pounded into oblivion. Spider-Man is killed. Wolverine's adamantium bones are transformed into rubber and he's left for dead.

There seems to be no hope left.

But, like any good story about heroes and villains, they'll find a way to win. Eventually.

In the meantime, Thanos obtaining all of these Infinity Stones means very, very bad things for our heroes. Because he will be unstoppable. The only thing that can defeat him is his hubris, but in this version of the story, who will realize such a thing?

Since "Avengers: Infinity War" is merely the first film in this cycle, we should fully expect this film to end in defeat for our heroes. It wouldn't be out of the realm of possibility if the film ended with Thanos offering his sly grin and, with the limitless power of the Infinity Gauntlet, he snaps his fingers and the film cuts to black.

For more scoop, check out the author's podcast on the Infinity Stones, where he and Holly Frey from Stuff You Missed in History Class fill you in.

NOW THAT'S COOL
When Thanos was first revealed in the very first "Avengers" film, he's told by one of his advisers, "Humans are not the cowing wretches we were promised. They stand. They are unruly and therefore cannot be ruled. To challenge them is to court Death." Thanos then turns and smiles slyly, implying that he's already been given his task by Death herself in the Marvel Cinematic Universe.

Why Do We Have Middle Names?

The Ridiculous Reason Most Women's Clothes Don't Have Real Pockets 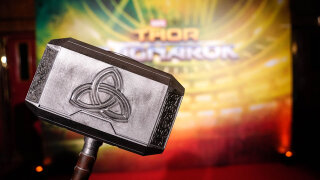 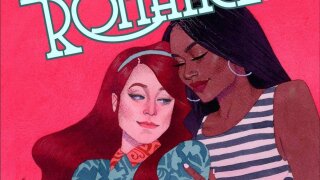