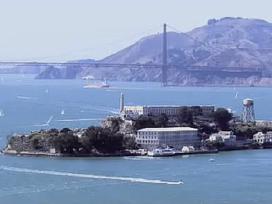 For more on crimes and investigations, check out these videos about everything from Alcatraz escapees to the world's most unusual suspects.
Investigation Discovery

It reads like it's taken from a television episode or built for a blockbuster: On a Wednesday evening, a Paris museum was robbed of several priceless works by one thief without a single alarm being sounded. It may sound like fiction, but this actually happened in May 2010.

A thief cut through a gate padlock and broke a window, then robbed the Paris Museum of Modern Art of five paintings without setting off the alarms (which, as it turns out, weren't functioning at the time) or alerting the guards. The works, all considered priceless, included "Pastoral" by Henri Matisse, "Olive Tree near Estaque" by Georges Braque, "Woman with a Fan" by Amedeo Modigliani, "Still Life with Chandeliers" by Fernand Leger, and "Le pigeon aux petits-pois" by Pablo Picasso [source: Iverson].

For the works by Picasso and Matisse, it's just another routine switching of hands. The Art Loss Register lists 660 Picassos and 121 Matisses as having been reported stolen -- more than the work of any other artists [source: Haq].

From one standpoint, it's intriguing that the most recognizable artists represent the most pocketed paintings. The works' resale is nearly impossible, given the artists' fame and distinctive styles. Regardless, this particular heist remains unsolved, leaving the thief to admire his or her eye-catching spoils.

The thieves responsible for the next heist weren't so lucky. Read on to learn why appropriate accessories are as important in robberies as in any other social event.