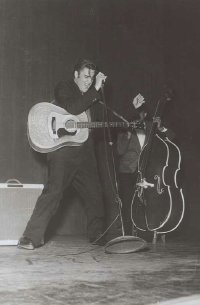 Created in 1925 by station manager George Dewey Hay, the Grand Ole Opry began as a weekly radio program that featured traditional "country" music, including folk songs and classic mountain tunes. In 1939, the show moved to NBC radio where it reached tens of thousands of listeners across the country.

During the 1950s, the Opry was one of the nation's favorite radio programs, and with every song played on the Opry stage broadcast to America, Nashville solidified its spot as the country music capital of the world. Here are a few major stars of the Grand Ole Opry.