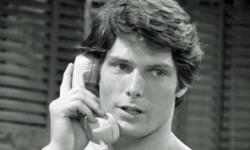 Christopher Reeve portrayed the character of Ben Harper on 'Love of Life' from 1974 to 1976.
Photo by CBS Photo Archive/Getty Images

The show was first set in fictional Barrowsville, then it moved to suburban Rosehill, New York. The show revolved around the relationship between the good Vanessa Dale and her evil sister Meg Dale Harper. Christopher Reeve's first major role was that of Meg's son Ben Harper, from 1974 to 1976. After ratings plummeted, the show ended abruptly with a cliffhanger on February 1, 1980, and since the show was canceled, fans were really left hanging . . . forever.