by Theresa Waldron
Prev NEXT
4

Is it really infertility? 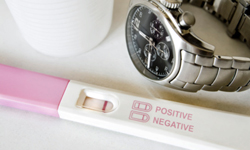 When it's difficult for one of your characters to conceive a baby, is it because of infertility, or because it's just taking a little longer than planned?
iStockphoto/Thinkstock

Some female TV characters who desperately want a child seem to have trouble conceiving ... until they adopt or give up trying. In the HBO series "Sex and the City", Charlotte desperately wants a baby. But she can't conceive right away. So she ends up undergoing in-vitro fertilization. When she still fails to become pregnant, she and her husband, Harry, adopt a child. Then she becomes pregnant. Amy in HBO's "In Treatment" battles infertility for five years. When she stops trying to conceive, she becomes pregnant. Adoption or "giving up" on getting pregnant do not in themselves increase your chances of becoming pregnant, though television sure makes it seem that way. However, as many as one in five couples who have been diagnosed with infertility end up becoming pregnant without any treatment.