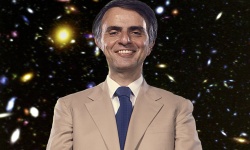 What pops into your head when you think "science?" Lab coats? Mad, crazy-haired experimenters? Beakers and test tubes? Many TV shows want you to think "fun" when you think science. But the definition of "fun" differs from person to person. Science geeks are passionate about interesting, in-depth programming, but a general audience wants to be entertained, engaged and amused [source: Bearzi]. They want "Wow!" science.

"Fun" approaches to science include coming at it from an absurd viewpoint, telling stories, relating science topics to viewers' lives and covering topics that are in the news. But viewers beware: Formulated and entertaining science shows may convey "bad science." For instance, a British show, "The Experiments," supposedly presented scientific proof that an ordinary person could be hypnotized to become an assassin [source: Stokes]. Not only is that unscientific, it's not nearly as fun as the following shows.