by Ryan Johnson
NEXT PAGE 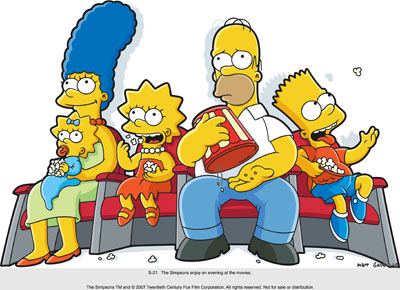 Starting as a series of crudely drawn shorts on "The Tracy Ullman Show," "The Simpsons" debuted as its own series on Dec. 17, 1989. It has since reached iconic status both in American culture and around the world. With 18 seasons under its belt, the show has produced more than 400 episodes. It's the longest-running sitcom in history, earning 23 Emmy awards during its time on the air [Source: MSNBC]. "The Simpsons" has generated more than $2.5 billion in revenue, from advertising to merchandise, and Time Magazine named the show the best TV series of the 20th century [Source: TIME].

So, with all the popularity, it makes you wonder, "Why is the movie just coming out now instead of years ago?" The answer is as simple as Homer Simpson's character; the timing was never right and the script just wasn't good enough.

"Simpsons" creator Matt Groening (center) at the premiere of "The Simpsons Movie" in Springfield, Vt.
Photo courtesy of the Associated Press

The folks behind "The Simpsons" started thinking about doing a movie back in 1990, but they never could seem to move beyond the idea stage. Over the years, "The Simpsons" creators tossed around many concepts. The story behind an episode titled "Kamp Krusty" was originally going to be the premise of the film, but the team couldn't get a full-length script together. Ultimately, "Kamp Krusty" turned into the season four premiere. After the "Kamp Krusty" movie idea fell through, one of the more interesting concepts "Simpsons" creator Matt Groening considered was "Simpstasia," a parody of Walt Disney's "Fantasia." Again, the script proved to be too unwieldy to make into a full-length feature. There just wasn't enough time to get it done. The crew works on the series full-time, year-round.

In 2001, Groening finally got serious about putting a film together. The cast signed on to do the movie and in 2003, the writers began working on the script. For the next two years, the writers created at least 100 drafts, making innumerable tweaks. In fact, the producers made a deal with FOX Studios stating they could abandon the script, and the project altogether, if they didn't achieve the results they wanted [Source: The New York Times]. To the delight of Simpsons fans everywhere, they didn't abandon the script, and in 2005, the cast conducted the first table reading.

But what was in the scripts they read? What's the movie about? Very few people know the answer to that question. The secrecy behind the film is the stuff of legend. Mike Scully, one of the co-writers, told Variety, "We've taken the script to the point of lunacy," [Source: Variety]. After each table reading, the producers personally shredded every copy of the script. And to throw the press off track, the writers themselves are leaking false information. If you hear that Marge takes the kids and leaves Homer, or Homer decimates the entire town of Springfield in an accident at the nuclear plant, you may want to take those rumors with a grain of salt. One rumor currently making rounds has to do with Bart's virginity and another has Homer housing an obscene amount of pig waste in his backyard [Source: MSNBC]. While one rumor is utterly outrageous, the other is fairly plausible. With stories like these, the plot will be anything but boring.

To fill theater seats, most movies need some kind of marketing push. "The Simpsons Movie" is no different. But how do you promote a film without giving away clues? In the next section, we'll look at how the producers worked to make this movie "the least hyped and the most anticipated" of the summer [Source: MSNBC]. 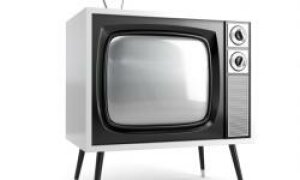 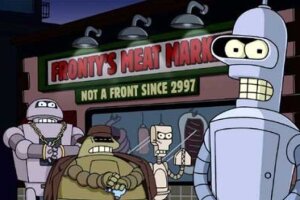