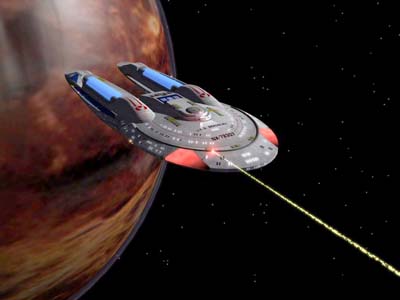 The various Star Wars fighters (e.g. X-wing, TIE, Death Star) fire laser or pulsed laser cannons. In "Star Trek," the Enterprise fires its phasers at enemy space ships. In both "Star Wars" and "Star Trek," people fire hand-held laser or phaser weapons. In all of these scenes, we see the laser beams travel and hit their targets. The problem with this is that you cannot normally see a laser beam.

I don't know of even one sci-fi film or TV series that demonstrates the proper functioning of the laser beam. Most make the beams visible through special effects because it would be unsatisfying for the viewer to see a character fire a laser and not see anything.