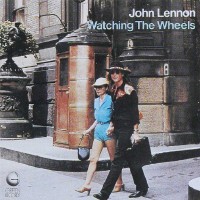 In 1979, Paul Goresh was a New Jersey college student who would travel in to the big city to get a glimpse of John Lennon. On two occasions he had met him inside the Dakota by posing as a TV repairman, and now he would hang around outside the building with his $350 camera in the hope of taking some snaps of his idol. John, however, didn't want his face in the papers, and as a result Paul soon came face to face with the two sides of John's character.

"He thought I was working for the press," Goresh recalls. "He was really uptight about cameras, and he had asked me not to take pictures. I guess I was harassing him a little bit, but having already met him and got his autograph all I really wanted was some personal documentation. I wasn't planning on selling it or anything, and so I'd try to get pictures of him from across the street.

"But he spotted me and he was a little upset about that, and he came over and he tried to grab the camera. I had to push him away, and I told him, 'Don't do that, you're going to break my camera.' And he said. 'Well, I don't want any pictures!' I could see he was really upset and I felt terrible, because I really cared about him and I didn't want him to not like me. I said, 'I'm only a fan, John,' and he said, 'Well, if you're a fan, then give me the film!' "

Goresh was reluctant to give up the two shots that he had already taken, but as a token gesture he rewound the film and handed it to John, asking him to develop it for him and just give him the photos for his private collection. John's angered response was to expose the film there and then, saying, "I told you, no pictures," before storming off.

Later, however, John's assistant told Paul that John felt guilty about what he had done, and he wanted to make up for the incident. When John appeared he invited Paul to join him for a walk, explaining, "I really thought you worked for the press and you really scared me. I thought you were looking for some sort of scandal story, having already been in my home as a TV repairman." Now he realized this wasn't so. "As long as you don't bring a camera we won't have any problems."

Over the next year or so, the star and the fan would often go for walks together, "and although he didn't want to be noticed, the guy would walk down Columbus Avenue wearing a blue, black and white checkered jacket, with a straw hat and big sunglasses," recalls Paul. "I would say to him, 'I think you're pretty noticeable like this, John,' and he would just laugh.

"He was so bright, and witty and he was so personable. When I was with him I was in awe of him, but he made me feel so at ease, and he treated me as if I was his equal. And I was always impressed with that, because this guy would honestly rather talk about you than himself, and it was sincere. He would laugh and joke, and I'd get on his nerves sometimes talking about the Beatles so much, but he would still be able to laugh at me because he knew what it was to be a fan."

In August of 1980, after returning from a trip to Bermuda, John informed Paul Goresh that he was about to resume his recording career. Yoko Ono, who stayed behind in New York to deal with business, was very influenced by astrology and numerology. She would read her tarot cards and often tell John when the time was right to do certain things.

This included advice about making journeys to particular destinations, and John would follow such decisions without questioning their wisdom; Rolling Stone's The Ballad of John and Yoko relates that John once told close friend Elliot Mintz, "She will say things you will not understand. Go with it. She's always right."

For the Bermuda trip John had set sail on his new 65-foot yacht, and en route took time to listen to cassette tapes of contemporary artists such as the Pretenders, the B-52s, Madness, and Lene Lovich (whom he referred to as "Lenny Loveritch"). He suddenly realized that much of the new music wasn't a million miles away from the kind of material that he and Yoko had been performing ten years before.

This was confirmed when he arrived in Bermuda and, together with his assistant Fred Seaman, visited some discos for the first time in years and heard sounds -- such as the B-52s' "Rock Lobster" -- which reminded him of Yoko's earlier work.

For a few months John had slowly been regaining his interest in popular music. Now it was full-blown again, and in a sudden burst of inspiration he wrote a batch of new songs in a very short space of time. Each time he completed a piece, he would phone Yoko in New York and tell her about it. She, in turn, would write a song that responded to John's lyrics, and after a while their compositions formed a sort of dialogue.

In the meantime, Sean and his nanny had flown out to Bermuda to meet John, and each day father and son would go swimming and sightseeing together. On one occasion, while taking a tour around a botanical garden, John was fascinated by the name of an orchid -- Double Fantasy. This, to him, summed up the relationship he shared with Yoko, as well as that between men and women in general. It would, he thought, be an ideal title for an album.

Following John's return to New York, he and Yoko recruited many top session musicians and technicians, and booked studio time at the Hit Factory. John now felt ready to make his re-entry into public life, for as he himself expressed it to Newsweek interviewer Barbara Graustark, "This housewife would like to have a career for a bit!"