Fantastic Beasts and Where to Find Them: Right Here

J.K. Rowling created a magical world when she first began bringing Harry Potter to life more than 20 years ago. In those intervening years, more magical elements have joined the pack, including an entire world of creatures for Harry, Hagrid and others to love — and be wary of (Draco!).

"Harry Potter" readers met many of those beasts while they trailed along with Hogwarts students to Care of Magical Creatures class down at Hagrid's hut. Of course, they were also carefully indexed in Newt Scamander's textbook "Fantastic Beasts and Where to Find Them," a staple in every respectable wizarding household. Now, that textbook been spun off into a movie series of its own, the first of which opens in November 2016.

Let's meet some of the beasts you'll get to see in action.

Nifflers are some of the most adorable and potentially destructive creatures in the world. Their aim is to steal any glittering object they can get their little paws on and keep them in a magical pouch in their middle. Though goblins often keep them to burrow for treasure, Newt Scamander kept one because he wanted to. Harry Potter fans will remember that in "Harry Potter and the Goblet of Fire," Hagrid paired students in his Care of Magical Creatures class with a niffler and offered a prize to the student-niffler pair who collected the most leprechaun gold. One niffler in particular sets into motion many of the events in the movie "Fantastic Beasts and Where to Find Them."

Bowtruckles are small, hand-sized animals with leaves for hair that blend in on the trees where they live. They're known to serve as guardians for the trees they call home, but sometimes that works for people, too. They're also known for being adept at picking locks with long, twig-like fingers that are well-adapted to picking wood lice from trees. Newt Scamander has a tree full of them in his case, but one also looks over him like he was his very own tree. Wizards had to learn to cope with them over the years (we're looking at you, Garrick Ollivander) because bowtruckles often guard trees whose wood is particularly good for wands. Offering the creatures wood lice, as Hagrid instructed his students to do, can appease them for long enough to acquire wand wood.

The Swooping Evil is a new creature not featured in any part of the previous wizarding world canon; it's brand-new to the movie. Their name is rather unfortunate, as they're not inherently evil, but they can be vicious. They are typically wrapped in small cocoons, but when threatened can expand their wingspan into an impressively sized creature that resembles a cross between a butterfly and a reptile. They feed on brains and secrete a venom that can erase memories in humans if diluted properly. Newt Scamander had one in his suitcase when he visited New York in 1926, just one year before his tome on magical creatures was published for the first time.

Filmgoers will encounter many more creatures in the film. You'll see everything from a mostly invisible demiguise to an angry murtlap. If you're into magizoology, you're in for a treat. "Fantastic Beasts and Where to Find Them" is the first of five planned films from Warner Bros., writer J.K. Rowling and director David Yates.

Now That's Cool
J.K. Rowling (under the great pen name Newt Scamander) wrote the original textbook "Fantastic Beasts and Where to Find Them" for the Comic Relief charity, which Albus Dumbledore acknowledges in his foreword to the "fifty-second edition" of the book.

What's the Deal With the New Statin Recommendations? 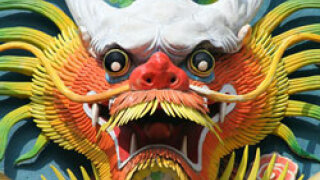 When Does an Epidemic Become a Pandemic?
February 27, 2020

How Azaleas Became the Signature Flowers of the South
February 27, 2020