Cheese Rolling Is No Joke. But It's Still Pretty Funny.

On the last Monday in May, a huge wheel of cheese goes hurtling down a hillside in southwest England. And if that weren't awesome enough, people chase it.

The annual Cooper's Hill Cheese Rolling in Gloucestershire County has been going on for centuries. It's not the only cheese-rolling event in Gloucestershire, and there are at least a couple outside England, but the Cooper's Hill one in the town of Brockworth is the most famous. Thousands of people show up to watch racers fall their way down the course.

It's an extreme sport. Few, if any, of those chasing the cheese remain on their feet. Cooper's Hill is bumpy and might as well be vertical — the slope is 70 degrees in some stretches — so racers basically lurch, roll and tumble their way to the finish line. That's about 220 yards (200 meters) of falling hard. Bruises, scrapes, sprains, dislocations and broken bones are common. A bouncing cheese wheel once sent a spectator to the hospital.

Get that cheese! Participants in the 2013 cheese rolling tumble down Cooper's Hill.
Matt Cardy/Getty Images

But one hardy runner from each race walks away with a roughly 8-pound (3.6-kilogram) wheel of traditional Double Gloucester, a firm cheese described by the British Cheese Board as "mellow, creamy or buttery."

Gloucestershire residents have been producing Double Gloucester since about 1500. When exactly they started chucking it down Cooper's Hill is hard to say.

The first known written account of the annual cheese rolling dates to 1826, but it was likely already a long-standing tradition by then. One enthusiast dug up a 1902 news clipping (date confirmed) that has the event going back "at least 200 years" before then.

The "why" of cheese rolling is pretty elusive. The 1902 article simply calls it a "rustic sport," but some think it may have its roots in ancient pagan festivals or religious rites. Gabrielle Roman writes in the cheese magazine Culture that, allegedly, "pagans would roll bundles of burning brush down a hill to represent the birth of the new year," and scatter "buns or cakes across the top of the hill as a sort of fertility rite, in an effort to bring in a good harvest."

A local paper suggests it could stem from an ancient ritual related to securing rights to common pasturage. The British Cheese Board wonders if the supposed habit of early Double Gloucester buyers to "jump up and down on the cheese to assess its grade and suitability" might come into play.

However cheese rolling came about, the goal, at least, is simple: Catch the cheese.

But you can't actually catch the cheese. For one thing, it gets a head start. The master of ceremonies counts to four to start the race, releasing the cheese on three and the racers on four. A wheel also dramatically outperforms bipeds on steep, uneven terrain. The Double Gloucester has been clocked at up to 70 miles (113 kilometers) per hour.

So in practice, the goal is to be the first nondairy entity across the finish line. And preferably without sustaining any major injuries.

In this shot, also from the 2013 cheese rolling, you can get a sense of what the infamous Cooper's Hill looks like.
Matt Cardy/Getty Images

"A Most Dangerous Game"

Cheese rolling can be treacherous. The 1902 article observes that the Cooper's Hill race "appears to strangers to be a most dangerous game, but the hill people appear quite unconcerned."

The racers seem to take a "throw-yourself-off-the-top" approach, as Jean Jefferies, a resident of Cooper's Hill and the author of "Cheese-rolling in Gloucestershire," once put it. A Fest300 reviewer from San Francisco who attended the race in 2013 compared it to "throwing your childhood Raggedy Ann and Andy down the stairs."

Thus the paramedics and the "catchers." Traditionally from the local rugby team, catchers tackle any racers who cross the finish line on their feet so they don't keep speeding down the hill.

The town canceled the 1998 cheese rolling over safety concerns. At the 1997 event, at least 33 people were injured, some of them spectators. One spectator was hospitalized for head injuries after a cheese bounced into the crowd and he tried to dodge it, lost his balance and fell down the hill.

The race returned in 1999 with some safety improvements, including better fences, a mountain-rescue team on hand and a noon starting time, reasoning the former 6 p.m. start may have allowed contestants too many hours in the pub beforehand.

But after the 2009 cheese rolling, the town finally gave up. That year, 15,000 people showed up to watch, considered more than three times the safe capacity of the venue. In March 2010, the town announced the official end of the centuries-old event.

On hearing the news, one cheese racer told The Guardian, "I have no idea how I'll hurt myself this year now."

He needn't have worried. Rebel cheese racers took over the planning, organization and liability, and the unofficial annual Cooper's Hill Cheese Rolling was born. In 2015, Brockworth local Chris Anderson won his 15th cheese. Here's some footage of the 2015 event that BadgerBotherer1 posted on YouTube.

The Double Gloucester next rolls unofficially on May 29, 2017. 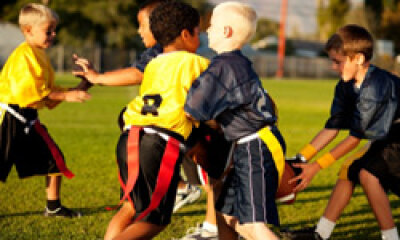 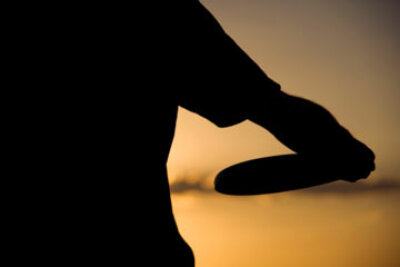 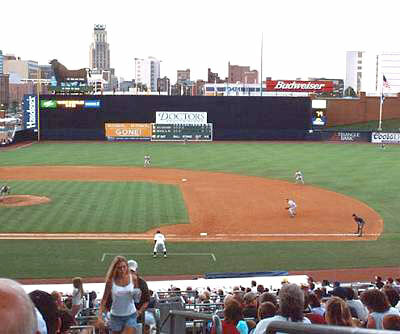