How can adrenaline help you lift a 3,500-pound car?

Why Calm is Better 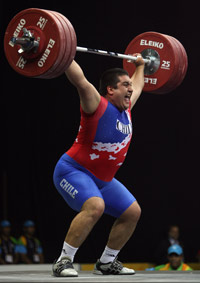 So why do we only possess strength in short bursts when confronted with danger? Why don't we walk around in a constant heightened state of agitation? The short answer is, it would kill us. Here's the long answer.

­ Turning potential muscle strength into actual muscle strength takes deliberate training. Muscles strengthen over time through use, as in lifting weights. While our muscles may possess potential strength that can be tapped when faced with danger, this can also have dangerous repercussions. Muscles suddenly used beyond their capacity can tear, and joints can be pulled out of their sockets.

The physical state of agitation, too, can cause lasting negative effects beyond immediate injury. Austrian physician Hans Selye studied the human reaction to stress and concluded there are three stages that make up what he termed general adaptation syndrome. The first stage occurs when you encounter stress, the alarm reaction (AR) stage. This stage includes the arousal of your fight-or-flight response to a stressor. All of your internal alarms are activated and you prepare to face danger or run away. The next stage is the stage of resistance (SR). In the SR stage, the human response to danger is in full swing: Your pupils dilate, your heart rate and respiration go up and your muscles contract. At this point you are running for your life, lifting a car off another person or engaged in another above-average activity.

In the case of seeing a person pinned beneath a car, the stressor is short-lived. The body begins to relax and returns to its normal state after a few tense minutes. After the stressor is gone, the parasympathetic system kicks in. This system plays a role opposite of the sympathetic system. When the parasympathetic system takes over, heart rate slows again, breathing returns to normal, muscles relax and nonessential functions (like digestion) immediately begin again. The hypothalamus, which is responsible for triggering both the sympathetic response in the face of danger and the parasympathetic response after the danger has passed, is ultimately responsible for achieving a balance between both. This balance, the body's normal state, is called homeostasis.

When the body stays in an excited state for a prolonged period, it enters the final state of Selye's general adaptation syndrome -- the state of exhaustion (SE). This stage occurs when response to a stressor has gone on too long. In this state of hyperarousal, the body's immune system begins to wear down. As a result, a person will be more susceptible to infections and other illnesses as the body's defenses have been spent on dealing with a stressor. A person in a prolonged state of stress may easily catch a cold or have an increased chance of suffering a heart attack. The state of exhaustion stage is seen most frequently in cases of prolonged stress, such as workplace stress.

So ultimately it's a good thing your body's goal is homeostasis. If we existed in an excited state all the time, we would run out of gas.

For more information on the human body, read the next page.