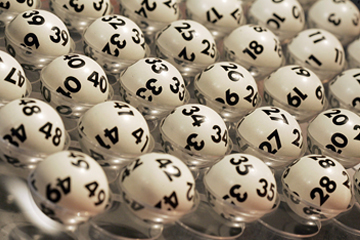 Are people who win the lottery any happier? That's not so easy to determine.
© Frank May/dpa/Corbis

Imagine the feeling. You're watching your local news anchor begin to announce the Powerball numbers and the first number is yours. The next two are yours, as well — suddenly, you can hear your heartbeat — and then four, five, six ... you've just won the lottery! Your mind is racing, your heart is pounding in your chest and you begin to profess your undying love to everyone in the room. Would that make you happy? Sure it would, right? Not so fast.

For insight, let's review the findings of "the lottery study," a pivotal work from 1978 that looked at data on whether good or bad events have a lasting effect on our happiness. The results showed that people who win the lottery were no happier than people who did not, and that lottery winners took less pleasure from mundane events [source: Brickman]. In fact, happiness results for lottery winners were comparable to those of people who had been paralyzed in accidents [source: Brickman].

One shortcoming of the lottery study is that it surveyed participants at only one point in time. A 2006 study of Britons who won medium-sized lottery prizes suggests a different result. In this study, researchers tracked well-being scores at multiple points in time, including before the winnings and two years after. They found that monetary windfalls were positively linked with significantly improved mental health [source: Gardner and Oswald].

A 2015 study offers additional support for increased happiness after a lottery win [source: Apouey]. However, it also found that lottery winners had higher rates of drinking and smoking.

An interesting additional twist on the link between financial windfall and happiness is the growing body of data suggesting that it's not how much money you have, but how you spend it that matters, with experiences outperforming material items for highest happiness potential [source: Pchelin].

In addition, it turns out that being charitable is linked with personal happiness. A 2008 study showed that people who spent a higher percentage of their income on charitable donations and gifts for other people experienced greater happiness [source: Dunn]. The authors suggest that governments attempt to make taxation feel more like charity in order to foster a more positive sense about it. (Good luck with that.)

Regarding the question of whether people who win the lottery are any happier, the evidence may not be overwhelming, but it points to "yes." However, it also appears likely that simply having a comfortable sum of money can boost happiness, no matter how quickly you acquire it.

If you win the lottery — or receive any large sum of unexpected money — keep these tips in mind:

Also, be sure to share your good fortune with people and organizations that you care about. The combination of the windfall with acts of generosity will do wonders for your happiness.