Opening Weekend -- Just One Piece of the Pie 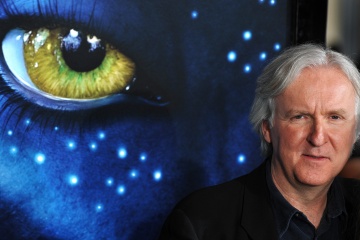 "Avatar" didn't shatter box office records its opening weekend -- but it did go on to become the highest grossing film ever.
ROBYN BECK/AFP/Getty Images

Big opening weekend sales are clearly useful for generating big headlines on Monday morning, but are they really all that crucial to the financial success of a movie? Sure, the fact that one-third of the domestic gross comes from opening weekend ticket sales may sound like a big deal, but when you consider the relatively small portion of a movie's profits that come from the domestic box office, it's clear that a poor showing may not necessarily spell disaster for a film.

Ticket sales represent only a fraction of a movie's potential profits. While every film's exact earnings makeup is different, movie research analyst Larry Gerbrandt provided a sneak peek at the earnings plan for the 2001 blockbuster "Pearl Harbor" in an interview with PBS. According to Gerbrandt, "Pearl Harbor" was projected to earn $475 million in total, with just 22 percent from domestic ticket sales. Another 22 percent of sales would come from international theaters, an additional 36 percent from DVD sales and the remaining 20 percent from TV and cable deals. While the film made a respectable $59 million on its opening weekend, it likely would have been successful even with a poorer showing, thanks to its many other money-making avenues [source: PBS Frontline].

Gerbrandt argues that though the focus remains on the opening weekend, the second weekend of a movie's release might be a better indicator of its long-term success. If a movie can manage a ticket sale decline of about 30 to 40 percent from the first weekend to the second, the film is likely to experience box office success over a longer period than one that shatters box office records its first week, only to fizzle out a month later [source: PBS Frontline].

U.S. ticket sales have largely flat-lined, even as foreign markets display a growing desire to spend money at the movies. As studios focus more on these foreign markets, the importance of the opening weekend at U.S. theaters will probably continue to decline.

Need more proof that the opening weekend is not the end-all and be-all for a film? Consider "Avatar," which, as of 2014, is the highest-grossing movie of all time, with worldwide box office sales just shy of $3 billion. During its first weekend of release in 2009, the film took in $77 million -- impressive by any standard but not even among the top 50 openings in history [source: Box Office Mojo]. Despite its failure to break records its first few days on the market, "Avatar" went on to become a mega-success.