3-D 'Round the World 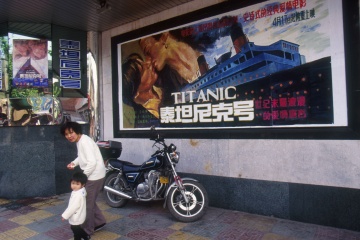 The 3-D release of "Titanic" in 2012 has earned the movie an extra $944 million worldwide with the help of booming foreign markets like China.
Andres Hernandez/Liaison/Hulton Archive/Getty Images

The United States is the world's biggest movie market -- for now. Emerging markets like China and Russia are quickly building steam and capturing the attention of moviemakers who are eager to increase ticket sales. While the 3-D craze may have ended in the United States for the majority of films, the demand for 3-D movies is hotter than ever overseas.

In 2014, 3-D accounts for 40 percent of U.S. ticket sales; around the world, that number is closer to 60 percent [source: Lam]. To meet demand for this technology, theater owners are adding 3-D screens throughout countries such as China, Brazil and Japan at a frantic pace.

Even as U.S. theatergoers eschew 3-D in favor of more traditional -- and cheaper -- films, the insatiable overseas appetite for anything 3-D means the technology is here to stay, and top studios continue to seek more ticket sales in their quest for box office glory.