Who decides whose names go in movie credits?

Browse the article Who decides whose names go in movie credits? 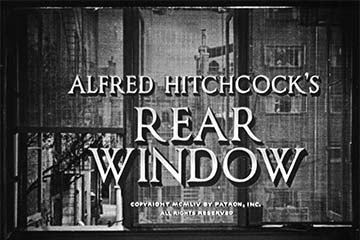 You have to be a special director for your name to come before the film's title.
John Kobal Foundation/Getty Images

Assembling the credits for a student film or a small independent movie can be a pretty easy task: Throw a few names onto the screen and you're done. But up to 300 people could be part of the crew on a big-budget movie, some of whom might have massive egos to go with their massive paychecks. The process of putting together a credit sequence can be a delicate (not to mention time-consuming) job. The film's producers -- the ones who oversee the whole project and control the purse strings -- are in charge of deciding whose names go where in the credits.

As a rule, the most important cast and crew members are featured in the opening credits, and every single person who worked on the movie is listed in the closing-credit crawl. Much of the producers' work in assembling the credits is done for them by union agreements and talent contracts -- the major film unions (Screen Actors Guild, Directors Guild of America, Writers Guild of America) have a lot of say, and actors and directors have stipulations in their contracts about exactly where they should be placed. It's basically a fill-in-the-blanks job for the majority of the crew credits, but there can be a lot of ego-stroking involved in placing the major players into the sequence.

The opening credits always start with the name of the studio or distribution company (the entity that sells the film to theaters), followed by the production company (which financed the movie), "associated with" any other companies that had a hand in the finances and production. Next comes the director -- bigger names often get the "a (director's name) film" treatment.

The cast is next, with maybe one to three lead actors getting above-the-title billing. These are the major stars who draw people into theaters. Then comes the title and the below-the-title credits. These include the rest of the main actors, either alone or in small groups (which, of course, is an integral part of their contracts). Supporting cast follows, and then special billing, which can be for young actors making their debut in a big part ("introducing...") or famous actors in small roles, whose names are preceded by "with" or "and."

The casting director's name appears next, and after that the order is more loosely defined. The production designer, art director, costume designer, film editor, director of photography, producers, and writers all are guaranteed a spot in the opening title sequence. Depending on what kind of movie it is, the visual effects supervisor and makeup designer might be included, too. And the Directors Guild requires that the director's name appear again directly before the action starts.

The closing credits are almost in reverse order, with the director and producers first, then the cast, and every single member of the crew, from camera operators to caterers. It can be a seemingly endless list, which is why crew members with any clout at all often demand to be billed in the opening sequence. Does it count as credit if no one actually sees the credits?