Browse the article How Getting Your Show on TV Works 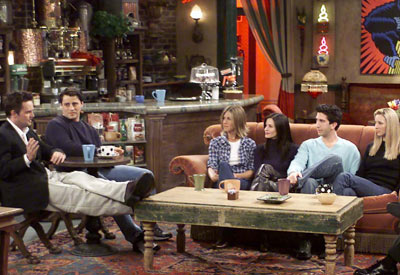 So, you've followed our instructions in How Writing a TV Show Works, and now you're ready to take the next step. You got the concept out of your head, onto paper and into treatment form with a catchy title and logline. Now we'll talk about how to get it to the networks.

­For television business insiders (meaning you already have something in production, have written for a TV show before or have some other credentials in the business), this is a much easier task. You just need to call your contacts and try to meet with someone in charge. For folks outside of the business, trying to break in can be difficult. Hardly any of the networks will meet with a new writer directly (although Comedy Central reportedly will), so you'll need to find representation in the form of an agent, manager, entertainment attorney or an established production company.­

Typically, agents and managers want to work only with established writers. Agents generally take a 10 percent commission, while managers take 15 percent. Both are usually very well connected and good at networking. Either way, they can connect you with the networks for a fee. If you want to look for a writer's agent specifically, one good way is to check out the lists provided by the Writers Guild of America.

Like managers and agents, entertainment attorneys are extremely well connected with writers, actors, directors and producers. They also charge for their services, but their fees are widely variable.

TV production companies usually have numerous projects in development at any given time (many active companies list more than 50). These projects are most often in a variety of developmental stages: scripting, preproduction, production or ready to present to the networks and studios. A production company will usually pay you a nominal fee to temporarily secure the right or option to shop your work around to the networks or studios. If your show doesn't sell, the production company returns it to you. If the company sells your show to a network, you get a lump sum and the work now belongs to the production company. To retain credit for the creation or writing, you'll need to negotiate a producer or writer credit -- this is a good idea because it enables you to negotiate a set fee to be paid per episode or week of production.

No matter the method, the goal is to get a meeting with a network. These meetings are typically very short, and you're expected to present your concept with gusto in typically 10 minutes or less. Enter the pitch. 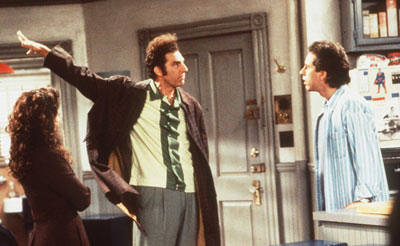 The "show about nothing" ended up running for nine seasons.
Getty Images

Now you have a meeting with a network executive. Maybe an actor pal set it up for you, or you hired a fantastic agent who got you a few minutes with someone at CBS. Or you got in to Comedy Central and now you're ready to meet with them in person to sell your idea for a television show. This is known as the pitch. Typically 10 minutes or less, the pitch is a dynamic verbal description of the show. The key is to keep it short, focus on the highlights, steer clear of too many details (unless they ask for some) and sell, sell, sell.

When they say these meetings are 10 minutes, they mean it. Network execs are very busy people. A recent article in Variety stated that during development season, "a broadcast network will buy 25 comedy scripts, shoot 12 of them as pilots and pick up two of the 12 for series." [source: Variety]. You don't want to waste their time or yours, so make sure you're thoroughly prepared. Do plenty of research beforehand. Know which networks to approach with your idea. Keep in mind the network's audience demographic. You probably wouldn't want to pitch your cupcake baker/exotic dancer idea to ESPN. One way to get this information is by reading what the TV business refers to as the trades -- essentially, Variety and the Hollywood Reporter. You'll want to do this many times a week. A deal can be announced one day and canceled the next. It wouldn't hurt to add the entertainment and business sections of the New York Times to your reading list, along with Entertainment Weekly.

Pitching is all about the verbal selling of your concept, so make sure you can talk about it clearly and effectively. You'll want to condense your idea or concept to a few thoughtful sentences. I know, I know, you just spent time fleshing out your concept or idea into a script or a treatment … but, for pitching purposes, you'll need to compress it again. The thing to think of here is that you're not telling the whole story, but outlining it to entice the network exec to read your treatment or script. Or, better yet, to invite you back for a longer meeting in which he'll ask you questions and give you further opportunity to sell it. Ellen Sandler, a veteran writer for CBS and NBC, outlines four key elements of a pitch in her book "The TV Writer's Workbook." She says a pitch should include four main points:

Once you've condensed your concept down to a few lines highlighting these points, you're ready to pitch. Before you go, remember that practice makes perfect. You don't want to read your pitch, but you also don't want to memorize it. You can't memorize passion. One of the main elements of a successful pitch is your passion for the show. Your passion, believability and potential are all part of the package that the networks are buying. Also, you want to treat this as a typical interview -- but it'll last about as long as an average elevator ride, so first impressions are important. Make a good first impression. Dress well (but not too well -- sporty casual is best). Be polite. Thank them for their time. Take criticism well. Don't oversell and remember to be yourself.

If you knock it out of the park and end up selling your show, get ready to make a pilot! Stay tuned for How TV Production Works, the next step in the process. But in the meantime, check out the links on the next page.