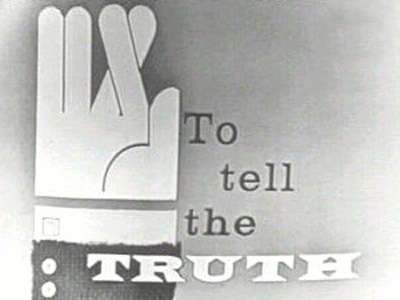 To Tell the Truth has enjoyed several reincarnations since its original run from 1956 to 1968.

Quiz shows first became popular in the age of radio, but when television was introduced, TV game shows became inextricably woven into American pop culture. Hundreds of game shows have come and gone since the first TV game show, Truth or Consequences, hit the airwaves in 1950, but some, like those that follow, had the magic formula and ran for years.

The Price Is Right

"Come on down!" Why does this relic from the 1970s still grab high daytime ratings more than 35 years after it debuted? With an agreeable host, contestants plucked from the audience, 80 different games like Plinko and Hi-Lo, and big prizes (motor homes, cars, trips, and furniture), there's something for everyone. The show, which debuted in 1972 and made Bob Barker a TV legend during his 35 years as host, is actually a revival of an earlier incarnation of the show, which aired from 1956 to 1965.

Since 1975, contestants have been spinning the wheel and risking bankruptcy to guess letters and complete the puzzle on the board. Contestants can buy a vowel and vie to be the first to solve the puzzle. The bonus round allows winners to add cars, trips, and up to $100,000 in cash to their winnings. Before Pat Sajak and Vanna White took the reins in the early 1980s, Chuck Woolery and Susan Stafford hosted the show. Dubbed "America's game," Wheel frequently goes on tour across the country and features celebrity and charity versions of the show as well.

This show originally aired as a radio quiz show starting in 1940, then crossed over to television in 1950. The show asked contestants to answer obscure, often trick, questions, then, if they couldn't answer, made them suffer the "consequences" -- often embarrassing or silly stunts. Bob Barker hosted the show from 1956 to 1975, but the show never quite recovered after his departure. The show ran off and on for about 20 seasons from 1950 to 1978 and had a short-lived revival in the late '80s.

In What's My Line?, four celebrity panelists tried to guess the occupation (or "line" of work) of a fifth, secret contestant by asking only "yes" or "no" questions. During the third round, panelists were blindfolded and challenged to guess the identity of a "Mystery Guest." The original run of the show (which paid players for appearances, since prize money never exceeded $50) ran from 1950 to 1967, but since then several revivals have been launched. Celebrity guests have included author Gore Vidal, actor Jane Fonda, and singer Bobby Darin.

I've Got a Secret

The game show genre took a beating during the 1950s when it was revealed that several shows were rigged and contestants were given the answers in advance. Though they were later implicated in the quiz show scandals, producers Jack Barry and Dan Enright created a solid game with Concentration. The hit show survived the tumult of the scandals, airing from 1958 to 1973. The game was based on two concepts: a children's game known as "Memory," and a word puzzle that was revealed when matching cards were removed from the board. The show survived in syndication for some time and enjoyed a revival in 1987 that lasted approximately five years.

To Tell the Truth

On this show, a team of celebrity panelists heard a story and then had to determine which of three contestants was associated with the story. Payoffs were based on the contestants' ability to fool the panel and weren't large by today's standards: Each incorrect guess from the panel paid the challengers $250 for a possible $1,000. But if the entire panel was correct, the challengers split $150. The show's original run lasted from 1956 to 1968, and the game that asked, "Will the real John Doe please stand up?" has enjoyed several reincarnations.

You Bet Your Life

This unique program was modeled after Groucho Marx's radio series of the same name, in which contestants answered questions for prize money. The audience was clued into the "secret word," but the contestant was not. If the contestant could answer the questions and come up with the secret word, a duck (a nod to Groucho's classic film Duck Soup) would descend from the ceiling and deliver $100 in prize money. Marx hosted the show during its original run from 1950 to 1961. Later versions hosted by Buddy Hackett and Bill Cosby were unable to match the success of the original.