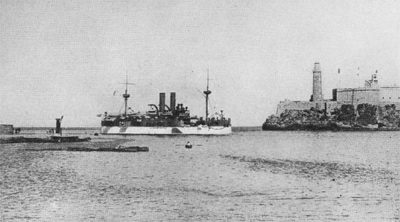 The term tabloid originally referred to the size and format of a newspaper. Some publishers started printing a smaller version of the traditional newspaper (or broadsheet) that was easier to read on subway trains -- a tabloid. Since then, the tabloid has come to be known more for its content than its size. The word is so associated with newspapers covering celebrity gossip and scandal that many serious tabloid-sized papers refer to themselves as "compact" instead.

The roots of modern tabloids can be traced directly to the U.S. penny press of the mid-1800s. Prior to the advent of the penny press, most newspapers cost about six cents -- nearly half a day's pay for the working class at the time. These mainstream newspapers catered to businessmen and politicians. In the 1830s, newspapers like the Sun and the Herald in New York began to focus more on human-interest stories and less on politics and business. The style of writing was also different. The penny press didn't lay out the facts of a story with dry detachment. Their stories were written to appeal to the senses and emotions of readers with vivid descriptions, simple sentences and shorter paragraphs.

Soon the popularity of sensational stories began to overshadow any need for relaying actual facts. This was the era of yellow journalism. One of the most infamous yellow journalism publishers was William Randolph Hearst, whose New York Journal (later called the New York Journal-American) published wild exaggerations and false stories to increase circulation. The New York Journal-American and other tabloids prospered for several decades with a mix of celebrity scandal and gory murder stories, but didn't survive the Great Depression. In 1952, a former Hearst-owned paper called the New York Enquirer was purchased by Generoso Pope Jr. for $75,000. Pope immediately changed the paper to tabloid size and took it in a new direction, with content based on people's tendency to stop and gawk at car accidents. "If it was blood that interested people, I'd give it to them," he said in a 1970s Time interview (Sloan, pg. 37). Circulation increased rapidly based on a steady stream of gory crime scene photographs and murder stories.

Rupert Murdoch began selling millions of copies of his News of the World in England by adding celebrity photographs and sex scandals to the typical tabloid fare. Pope's paper followed suit and expanded beyond New York City. It became the National Enquirer.

In the 1960s, the old newsstands where the tabloids had been sold for decades were fading. Once again, Gene Pope was at the head of the trend. The best national market for his newspaper was the large supermarket chains, but gross-out photos weren't likely to get any shelf space there. Pope cleaned up the Enquirer, focusing on celebrities, the paranormal, and self-help articles. Once again, his formula was a success, and other tabloids changed their format as well.

In the next section, we'll learn about today's tabloids.

One of the most popular sections in Joseph Pulitzer's New York World was its color comic strip "Hogan's Alley." This strip, drawn by Richard F. Outcault, featured a character called "The Yellow Kid." William Randolph Hearst copied many of Pulitzer's tactics for his paper, the New York Journal, and this strip was no exception. He hired Outcault away from Pulitzer and soon had his own Yellow Kid. Pulitzer hired artist George Luks to carry on "Hogan's Alley." This "yellow kids" competition exemplified the newspapers' sensational and competitive style, which came to be called "yellow journalism."