Tabloids and the Law 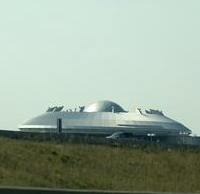 The tabloids are not immune to lawsuits, but they aren't sued nearly as often as you might think. What's their secret?

In the no-holds-barred days of the 1950s and 60s, some tabloids realized that they could write pretty much anything about anyone with little fear of legal retribution. In his book "I Watched a Wild Hog Eat My Baby," former National Enquirer editor Bill Sloan wrote that the publishers realized "there are two overwhelming reasons why no celebrity of any stature would stoop to suing a gutter-level publication like the Informer even in clear-cut cases of libel. For one thing, the publicity surrounding this type of suit could prove a thousand times more damaging than the original fabrication. For another, the publisher probably didn't have any money to pay damages anyway."

In the 1980s and 90s, supermarket tabloid circulation reached the tens of millions, and the companies that owned them had billions of dollars in assets. Those two factors obviously no longer applied, and actress Carol Burnett struck the first blow when she sued the National Enquirer in 1981 for printing a story accusing her of public drunkenness. She was initially awarded $1.6 million, but the amount was later reduced on appeal and settled out of court. Singer Aretha Franklin filed a similar suit against Star in 2001. She asked for $50 million after the publication of a story that claimed she had a serious drinking problem that was affecting her performances. Arnold Schwarzenegger, Tom Cruise and Nicole Kidman have all successfully sued tabloids as well.

The topic of libel in newspapers is a complicated one -- complicated enough that most major tabloids keep lawyers on retainer to read through each article before it is published. Although some of the stories may seem libelous, tabloid writers and lawyers usually know just how far they can go before they cross the line into libelous territory.

When it comes to the truly outrageous stories in tabloids like the Weekly World News, there is little fear of legal retribution. Stories about UFOs or bizarre cults can neither be proven nor disproven. Even if someone could prove that a story was fake, there isn't really any law against making up fake news stories, as long as real people mentioned in the story haven't been libeled.

In the next section, we'll learn how tabloids began.

Libel and slander are types of defamation -- "the issuance of a false statement about another person, which causes that person to suffer harm" [ref]. The statement is libelous if it is written or printed. If the statement is spoken, it is slander.