The Most Famous Super Bowl Commercials of All Time 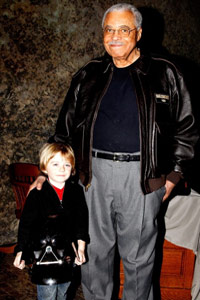 When people insist on shushing their friends when the big game heads to commercial break, here are a few reasons why.

This ad spotlighting Apple's upcoming Macintosh computer is widely considered the first of the blockbuster Super Bowl commercials, the one that set the standard and made the commercials an event unto themselves. Directed by Ridley Scott (director of "Alien," "Blade Runner," and "Gladiator"), it depicts a dystopian future where people march in lockstep to the orders of their fascist overlords. A woman runs through them and hurls a hammer into a giant video screen in protest.

Injured Pittsburgh Steelers defensive tackle Mean Joe Greene staggers up the tunnel, leaving the game. A young fan tells him he's the greatest, but discouraged by his injury, Greene blows him off. Then the kid offers Joe his bottle of Coke. The iconic image of the football player in profile chugging the cola is topped only by the final scene, the saddened boy walking away, only to have his favorite player throw him his game-worn jersey. The commercial has been parodied countless times, recently in a promo for the TV drama "House," in which the acerbic Dr. House chucks his wooden cane at the kid, bonking him on the head.

Basketball players Michael Jordan and Larry Bird square off for a game of HORSE, in which a player makes a trick shot which his opponent must then duplicate. The challenges get increasingly ludicrous: "Through the window, off the wall, nothin' but net." "Off the expressway, over the river..."

This is a perfect example of a brilliant commercial that everyone remembers, but no one has any idea what it was supposed to sell. A company name like Electronic Data Services is no match for images of cowboys driving cats across the open range, winding giant balls of yarn and comparing scratches.

The indelible, hilarious image of a massive football player crushing office workers with violent tackles is a Super Bowl classic. All the while, a CEO extolls the increases in productivity derived from Tate delivering thundering hits and chastising people for not putting cover sheets on their TPS reports. Did you remember that this ad was selling sneakers?

This commercial is famous for the cute, funny depiction of a young boy dressed as Darth Vader trying futilely to use his Force powers, only to be validated by his dad, playing along using the car's remote starter. It's also a sign of change in the Super Bowl ad industry. For years, the commercials were kept under wraps until the game. The VW Force ad debuted online a few weeks before the Super Bowl, driving hype before it ever aired on TV.