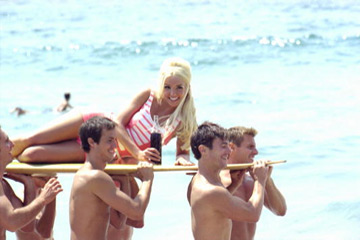 Advertisers want to expose an audience to a message that should get people to buy something. Super Bowl ads cost so much because they offer an unparalleled opportunity to do so.

We've already talked about the raw numbers -- 111 million Americans watched the big game in 2011. On top of that, it's a culturally pervasive phenomenon. Even people who have no interest in football and steadfastly refuse to watch the game can't escape hearing about it (and the commercials) from friends and co-workers in the weeks following Super Bowl Sunday. Super Bowl advertising also benefits from being a live event. If it were simply an enormously popular scripted show, people could just record it on their DVRs, watch it later and fast-forward through the commercials. Most people don't like recording a live event to watch later, since it robs it of some of its immediacy.

Super Bowl commercials are also a big deal just because they're such a big deal. It's one of those weird pop culture situations where companies put a lot of money and marketing hype into a commercial, so people get excited to watch it, and people get excited to watch the commercials because companies put so much money and hype into them. Over the years, they've become highly anticipated events themselves. Not only do people not fast-forward through the commercials, they go out of their way to watch them, even if they're not really watching the game. Next time you're at a Super Bowl party, notice how a lot of the chatter in the room quiets when a commercial comes on (often ushered in by someone shushing everyone with the phrase "Commercials!").

It doesn't stop there, though. The advent of online video sharing sites like YouTube has given commercials a long life after the Super Bowl, and even more reason for ad agencies to make them funny, exciting and "buzzworthy." A typical Super Bowl ad will receive a few hundred million views online in the weeks after the big game [source: Bharwani].

Now let's break down just how much that $3 million commercial actually costs (and what it used to cost).