by Dave Roos Dec 31, 2000
Pepsi's Super Bowl 50 commercial starring Janelle Monae celebrates the brand's heritage in music. A study showed a soft drink ad during the Super Bowl contributed to a bump in profits for the company as long as no competing brands advertised. Rachel Murray / Getty Images/PepsiCo

The Super Bowl is literally the “Super Bowl” of advertising.

The 2015 Super Bowl broadcast drew a record-breaking TV audience of 114.4 million viewers. There is no other U.S. televised event that even comes close to the drawing power of the big game, making it the ultimate platform for advertisers to pitch their pickup trucks, beer and misogynist Web hosting services. Exactly how much is it worth to them?

That's the going rate for a single 30-second commercial during Sunday's Super Bowl LIII broadcast on CBS. But $5 million is only the tip of the iceberg. Most Super Bowl advertisers drain their budgets on CGI talking animals and big-name celebrity endorsements, making the real cost of producing a Super Bowl ad closer to $30 million.

How is it possible that spending $30 million in 30 seconds is a brilliant marketing plan? For that price, you could buy 60 commercials at $500,000 a pop during “The Walking Dead,” one of the highest rated shows on TV. Or more than 100 commercials during “The Big Bang Theory,” another huge hit. Does the Super Bowl offer a super-return on investment that can't be matched by mere mortal TV broadcasts?

Enter the geeks. Marketing professors Wesley Hartmann of the Stanford Graduate School of Business and Daniel Klapper of Berlin's Humboldt University conducted an in-depth economic analysis of the ROI of Super Bowl ads. And their results seem to confirm what Madison Avenue has been selling for years — Super Bowl ads deliver a significant boost in revenue, between 10 to 15 percent per household in the eight weeks following the broadcast. That's an ROI of 150 to 170 percent!

Hartmann and Klapper focused their research on beer and soda brands that advertised during multiple Super Bowls. The researchers compared TV ratings information from more than 50 U.S. markets with detailed beer and soda sales data from stores in those same geographical areas. When Budweiser and Pepsi ran ads during the Super Bowl, it was like dropping a fat stone in a pond, with the ripple effect boosting sales for weeks to come.

Some Super Bowl advertisers don't even have to wait for the ripple effect. Remember GoDaddy.com, the aforementioned misogynist Web hosting company with the infamous Super Bowl commercials? The Monday after running its 2012 Super Bowl ad, in which supermodel Bar Rafaeli French kisses a nerd, GoDaddy.com recorded its best sales day ever.

So case closed — $5 million on 30 seconds is money well-spent. Ah, if it were only that simple. Like all good stories, this one has a twist. It turns out that the Super Bowl boost only goes into effect if one beer or soda brand advertises during the same game.

“These gains turn to losses if a competitor also advertises during the same Super Bowl,” write the researchers, describing the choice faced by advertisers as a classic prisoner's dilemma. Here's how it works:

·         If BOTH Coke and Pepsi DO NOT advertise during the Super Bowl, they will still earn over $1 billion in profit over the 8 weeks following the game

·         If EITHER Coke OR Pepsi advertises (BUT NOT BOTH), the brand that advertises gets a $27 million bump in profit

·         If BOTH Coke and Pepsi advertise during the SAME GAME, each brand earns $80 million LESS than if they hadn't advertised at all

To advertise or not to advertise? According to Hartmann and Klapper's calculations, for industries with just two or three major players, you might get a better payoff by sitting the Super Bowl out. But again, their research focused exclusively on beer and soda, not trucks, insurance, shoes, restaurants and all the other stuff peddled during the Super Bowl.

And let's not forget that advertising is not just about immediate boosts in revenue. It's also about brand recognition. There's no bigger stage to debut your brand than the Super Bowl. In a 2014 survey, 78 percent of Americans said they looked forward to the Super Bowl more for the commercials than the actual football game. The ads not only play during the game, but are reposted online and shared via social media. A great Super Bowl ad can really make your brand.

And a bad one can break it. Let's take a moment to appreciate arguably the worst Super Bowl commercial ever. In 1999, the upstart shoe retailer Just for Feet hired ad agency Saatchi & Saatchi to produce an unforgettable spot for the big game. And that's exactly what they did. The commercial — which depicts four white dudes in a Humvee hunting down and drugging an African barefoot runner and then fitting his unconscious body with shoes (which he hates!) — is certainly unforgettable.

Just for Feet ended up suing Saatchi & Saatchi for $10 million and then filing for bankruptcy a few months later. While the discovery of accounting fraud was the main reason, you can bet the Super Bowl ad didn't help the bottom line. How's that for a return on investment?

Why Do People Lie About Things That Are Easily Disproved?

Why Do People Lie About Things That Are Easily Disproved? 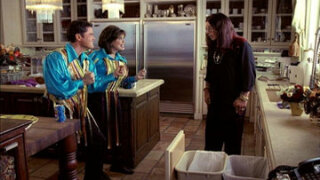 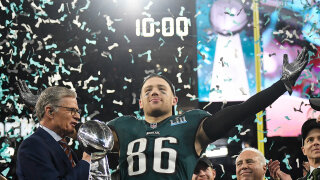 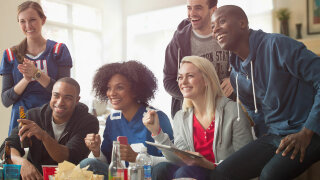