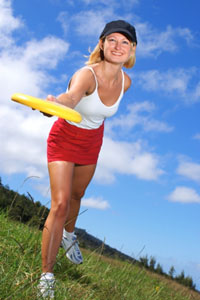 Ultimate is played by men and women, children and adults all over the world.
Comstock/Thinkstock

You can't play any sport without specific rules, and regardless if you want to gather some friends for an impromptu round of Ultimate or are planning on attending a professional game, it's imperative to know how it's played.

One of the most important rules in Ultimate involves passing. A pass that doesn't reach the intended party is considered incomplete. An incomplete pass results in a change of possession, which means the team playing defense immediately switches to play offense and assumes possession of the disc wherever it came to a stop on the field.

Play does not stop for turnovers, which may be any of the following:

Play only stops for the following:

Once you know the rules, Ultimate is easy to play and engaging to watch. If you're at all curious about the sport, we advise that you seek out a local team and catch a game or buy a disc and start playing yourself. We guarantee you'll have a good time!