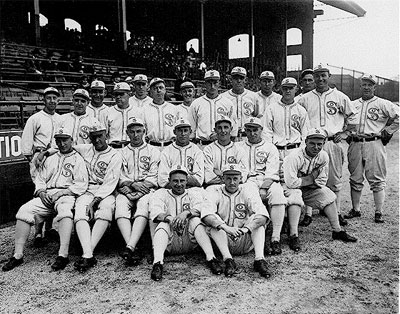 Some people oppose sports betting because it can have an effect on the games themselves. The number of scandals related to gambling in the 20th century alone numbers in the dozens.

Before point spreads, it was risky for a gambler to attempt to manipulate a game. He had to find a player who was willing to lose the game in return for a bribe. But although it was risky, manipulation happened often. In the early 1900s, gambling was a well-known, if not well-liked, part of professional baseball. Gamblers gathered in one section of the stands, placing bets on everything from the winner of the game to the outcome of the next pitch.

This control came to the public's attention in 1919, when the Chicago White Sox lost the World Series to the inferior Cincinnati Reds. By the start of the next season, it was revealed that eight White Sox players had been bribed up to $10,000 each to make sure that their team lost the series. These eight players became known as the "eight men out." Although they were eventually acquitted of criminal charges, none of them ever played professional baseball again.

Point spreads lead to a more subtle kind of manipulation -- point shaving. College basketball is particularly susceptible to this practice. If a team is favored by eight points, gamblers don't have to bribe players to lose the entire game. They just have to convince them to win it by less than eight points.

Football has been the target of point shaving efforts as well. It has long been rumored that the final outcome of the 1958 NFL championship game was affected by substantial bets (as much as $1 million) that the owner of the Baltimore Colts had placed on his team. The Colts were favored by three or four points. In overtime, the team was in a position for an easy field goal, which would have won them the game by three points. Instead, they kept trying for a touchdown, which they eventually made, winning the championship and covering the spread [ref]. No real evidence was ever found that the owner actually influenced the plays called on the field.

One of the most famous betting scandals of recent decades involved former all-star baseball player and successful manager Pete Rose, who compiled a 412-373 won/loss record managing the Cincinnati Reds. In 1989, investigations revealed that he had made dozens of bets for up to $10,000 on baseball games, including betting on his own team. He was subsequently banned from baseball for life.

For lots more information on sports betting and related topics, check out the links below.

A common question about sports betting is, "Can I make money betting on sports?" The answer is simple: no. Some bettors get lucky in the short term, but over a long series of bets, the gambler will almost always lose money. The reason is the 11/10 vig, a built-in advantage that guarantees the bookie will make money. Every time you bet on a point spread game, you must bet $11 for every $10 in potential winnings. If you bet $110 and win, you win $100 (your total return is $210 -- your original bet plus the winnings). On average, you have to win 52.38 percent of the time just to break even [ref]. The famous gambler Lem Banker once referred to this as "the implacable reality of 11-to-10" [ref]. It's difficult to win 52.38 percent of the time. If you bet steadily for several years, all you're likely to accomplish is sending your bookie's kids to college.

Professional gamblers seem to make a good living on sports betting, but there are very few of them. Most people can't earn six figures by watching football. If you consider the entire sports betting population as one statistical sample, it is inevitable that a few individuals will have better than expected success, just as a few people will have unexpectedly horrible luck. You don't usually hear about those gamblers, however. 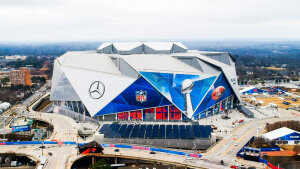 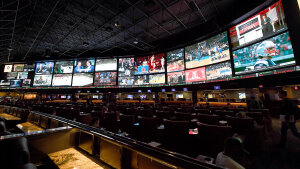 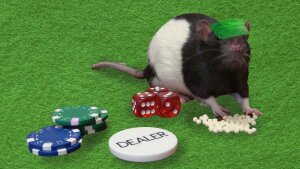