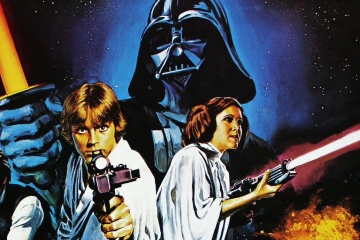 Knowing Luke and Leia's family tree adds a bit of dramatic irony -- or comedy, if you're yelling "Incest!!" at the screen when they kiss.
Universal History Archive/UIG via Getty images

All this suing, all this anxiety and secrecy about spoilers ... is it worth it? Is the desire to watch a show or read a book so tenuous that a single piece of leaked information can destroy everything? Hmm. Well, when you put it like that, maybe not. But can we move beyond an anecdotal hunch and find some science to back up the idea that everybody should just relax a bit?

Why yes, we can. As it turns out, some enterprising researchers at UC San Diego asked themselves the very same questions. Then they asked a bevy of undergraduates. They gathered said youths and gave them some short stories to read. Some of the stories were spoiled with prefaces that gave away plot twists, and some were completely unspoiled. The surprising result (SPOILER ALERT): Readers reported enjoying the stories more if they knew what was going to happen [source: Lehrer]. Why? The report doesn't explain this. But we can guess.

If you know that Luke Skywalker and Princess Leia are siblings, and that Darth Vader is their father (sorry, but the statute of limitations is definitely up on that one), watching "A New Hope" is actually more fun because there's an increased tension between what we know and what the characters know. When Luke and Leia kiss, we can yell "Incest!" at the screen. And we can get even angrier with Vader for unwittingly trying to shoot down his own son at the climax of the film.

If you're a Jane Austen fan, you reread "Pride and Prejudice" even though you're fully aware that Elizabeth Bennet eventually marries Mr. Darcy. In fact, that knowledge might even enhance your enjoyment of the book, since you can relax and enjoy all the artful dodginess Austen deploys in getting her protagonists to that fateful point.

Indeed, after all the flap about spoilers in past years, it seems the tide might finally be turning against the whole idea. Netflix has created a site called "Living with Spoilers," in which they propose that spoilers are fun, and we should embrace rather than shun them.

So maybe the best way of watching "Breaking Bad" is to start at the end and work your way backward (the first episode is worth the wait). In that spirit, if you've just crawled out from under the proverbial rock and are wondering whether Frodo ever does get that ring into Mount Doom, the answer is (spoiler): Sort of.

As somebody who routinely starts a novel by reading the final pages, I've never understood all the angst about spoilers. And when it comes to TV, well, I can't go back to those bad old days of sweating for a year before finding out what happens next season. I'd rather wait until the whole show is done and watch all the seasons back to back. Of course, sleep and work and family tend to interfere with nonstop viewing, but luckily one can turn to helpful snitches on the Internet to get the necessary dirt.