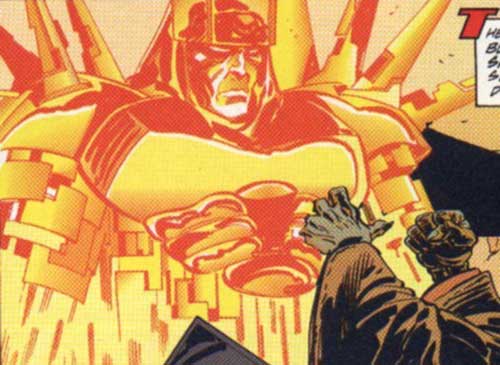 Over the next thousand years, the Sith on Korribann all but died out and Sadow's empire was a distant memory. An ambitious Sith Lord named Feedon Nadd was fed up with the decline of the Sith Empire and wanted to reform it with him as the new Dark Lord of the Sith. Unable to defeat the current Dark Lord, Nadd left Korriban and settled on the planet of Onderon. Nadd took over the ruling family of Onderon and ruled until his death. For generations afterwards, the power of the dark side was the driving force behind the government of Onderon.

When the Beast Wars erupted on the planet, the Jedi Council sent three Jedi to restore peace, including Ulic Qel-Droma. Though the Jedi successfully stopped the war there, their intervention fueled an uprising. The worshipers of Freedon Nadd revolted, but the Jedi quickly ended this bloody battle.