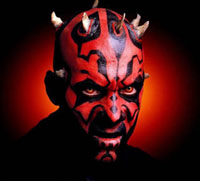 The Force is the power in the galaxy that binds everything together. Its energy flows through the blood of all living things. Certain individuals and creatures have a natural adeptness or Force sensitivity. When Force-sensitive individuals tap into this, they can unlock unimaginable power within. A powerful Force practitioner can move objects, predict the future, bend wills, move with lightning speed, and practically manipulate reality itself through the use of the Force.