by Laurie L. Dove Dec 14, 2015
Sing on, birthday singers, whether for profit or otherwise: "Happy Birthday to You" is in the public domain. WSJnews

The lights dim. The din of voices fall to a hush as a silhouette appears in the doorway holding a cake topped with lit candles. The glow illuminates the faces gathered around the dining table. Everyone breaks into song, a rousing rendition of a traditional favorite that, until recently, would have cost a small fortune to sing at anything other than a private event.

The "Happy Birthday to You" song has been at the center of an ongoing legal battle over the rights to the lyrics and music. In 2013, a group of musicians and filmmakers who were billed for using "Happy Birthday to You" filed a lawsuit to challenge the song's exclusion from the public domain and to recoup the fees they had paid for its use.

In September 2015, U.S District Judge George H. King ruled that the song's musical score had long been in the public domain and that music publisher Warner-Chappell did not own the copyright to the song's lyrics. In December 2015, a settlement — currently pending a judge's approval — was reached before the case went to trial. Although the details of the agreement were not disclosed, it implies the popular song is now available to perform for free.

The rub is that Warner-Chappell has been collecting licensing fees and royalties from people who have used the song in commercial ventures since about 1988. With the ruling that the company did not own the copyright, it could potentially be liable to repay the monies it has collected for several decades, which reportedly have ranged into the low millions each year.

The ruling signals a victory for artists like Jennifer Nelson, an independent filmmaker and the lead plaintiff in the 2013 lawsuit challenging Warner-Chappell's ownership of the "Happy Birthday to You" copyright. Nelson had previously paid $1,500 for the rights to use "Happy Birthday to You" as she worked on a documentary exploring the song's history, though even that touches on issues of fair use.

As she researched the song's origins, Nelson came across an academic paper by a copyright law professor that poked holes in Warner-Chappell's claim to the song. Nelson began pulling theatthread, garnering the interest of lawyers and prompting closer examination of the song's complicated history.

In 1893, Patty Smith Hill, a Kentucky schoolteacher, and her sister Mildred wrote what became known as the "Happy Birthday to You" song for Hill's kindergarten class. (Learn more by listening to the podcast below.) At the time, however, the lyrics didn't mention anything about birthdays, instead centering around a "good morning to you" refrain. The song was later published in a book in 1896 and the sisters assigned the music's copyright to the publisher Clayton F. Summy Co. in exchange for a percentage of the sales.

Let's look at the complications of intellectual property rights. At some indeterminate point between 1893 and 1935, "good morning" became "happy birthday," and in 1935, Clayton Summy's company claimed the copyright to the "Happy Birthday to You" version for the first time. The Summy Co. sold to Birch Tree Group, which was acquired by Warner, passing down the copyright. However, in the December 2015 ruling, the judge found no evidence Summy Co. had a valid copyright for the song, making the claims of subsequent copyright holders invalid, too.

Unfortunately, not 100 percent. While Judge King issued a 43-page ruling in the case's December 2015 settlement, he stopped short of making a definitive statement. While many interpret his findings as a move to place "Happy Birthday to You" squarely in the public domain, others worry it leaves the song in limbo.

For example, it's still possible the charity that became the beneficiary of the Hill sisters' royalties could pursue legal action. The Association for Childhood Education International, which has received one-third of Warner-Chappell's "Happy Birthday to You" annual royalties, could attempt to enforce its rights to the song, once again making it an expensive proposition for musicians, film-makers, television producers and others.

The uncertainty that continues to cloud "Happy Birthday to You" could create such a cautionary environment that the lyrics don't truly make the leap to freedom after all.

Now That's Interesting
On the first anniversary of its Mars landing, NASA's Curiosity rover hummed out the tune of "Happy Birthday to You," raising the question — do interstellar copyright laws exist? (They don't. Not yet.)

Alien Abductions: Are You in Good Hands? 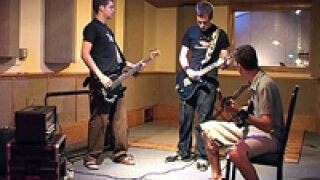 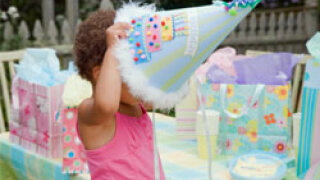 10 Ideas for a Unique Birthday Party 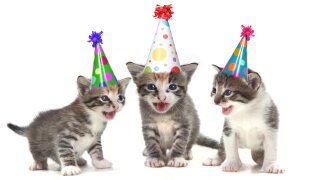 In Search of the Perfect Proustian Madeleine
April 7, 2020

Turkish Coffee Is Steeped in Tradition — And Easy to Make
April 7, 2020