The Future of "Serenity" 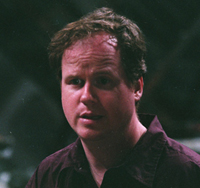 Asked to account for the untimely demise of "Firefly," those involved blame ratings, the clash of art and finance, shifting timeslots and scheduling against post-season baseball. Whedon is particularly blunt. "Fox wasn't interested and had no intention of airing the show. Why go through nine months of labor so you can strangle your baby?" he asks.

Fans kept Whedon's baby alive by spreading the word, buying the DVDs and flocking to a series of early screenings around the country. "They're incredibly loyal," says Baldwin, also praising Whedon for never giving up on the project. "I couldn't let it go," says the director. "I had a story to tell with these people, and Universal got it and nurtured what I was doing. I do feel a certain measure of vindication, but I don't measure the movie by it. It's important for me to remember that the history of the movie is not the movie itself. Anybody who doesn't know how we struggled to get it out there has to enjoy it too," he reminds.

The cast is signed for two sequels, which they and Whedon would gladly make. "There are more stories to tell with these characters, so if the opportunity came up, I'd jump. We had a lot of fun and I think it translates on screen. I believe that if people see it, they will like it," says the director. He wouldn't rule out another TV version either, but adds "though I don't know who owns the TV rights."

Whedon is currently writing the script for the upcoming "Wonder Woman" movie. "And no, it's not cast," he adds. Peristere, while directing commercials and involved at Zoic with TV series including "CSI", "Battlestar Galactica" and "Prison Break," hopes to re-team with Whedon. "I'm 100 percent committed to anything and everything that Joss would ever ask of me," he says.

For lots more information on "Serenity" and related topics, check out the links below.

Where Are They Now?

The actors are busy with various projects. Here are a few:

None of those films, however, offer the kind of immortality that "Serenity" has already provided: action figures. "I have two," Fillion says, assessing one of the pint-size replicas. "It's extremely accurate. The profile is dead-on," he says. "It's pretty cool."