How to Become a Screenwriter 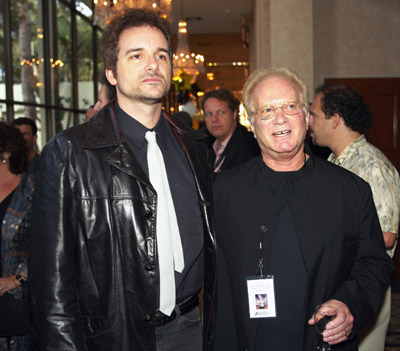 Becoming a screenwriter starts with developing your talent as a writer, and the best way to develop your talent as a writer is to -- you guessed it -- write. Your first project doesn't need to be a screenplay or TV script. You just need to start somewhere; essays, short stories, plays, et cetera. The idea is to become comfortable with the writing process -- a surprisingly slow and frustrating experience -- and find what they call your "voice." Over time, you'll discover if your talents lie primarily with comedy, drama or some combination of the two.

Some people find it helpful to develop their writing skills in a structured educational setting, whether it's a college course, a film school program, or an online writing workshop. The advantage of taking a class is that there are deadlines and grades motivating you to sit down and get to work. At film school, in particular, you also have access to a community of artists, writers and filmmakers from which to draw inspiration and fresh ideas. And if you're lucky, friends and connections you make in film school could lead to your first industry job.

But formal classes and degrees are certainly not required to become a screenwriter. You can create your own personal film school, renting and studying the greatest films and TV shows. There are several free and pay Web sites for reading film and TV scripts online. And there's no shortage of books written for aspiring screenwriters. The most famous is Syd Field's "Screenplay: The Foundations of Screenwriting." Since digital video technology is so affordable, you can always get together with a group of friends and write and produce your own films to gain experience.

When it's time to get serious about your career, you'll have to move where the jobs are. In the United States, that's Los Angeles, and to a lesser extent New York City. Once you relocate, your goal is to get an entry-level job with a production that most closely matches your professional interests and talents. For example, if you want to write for sitcoms, try to get a job as a production assistant (PA), writer's assistant or studio runner on a show. If you're more interested in writing dramatic feature films, try to get a PA or script-reading job with a production company that makes the kind of movies you'd like to write.

When you feel like the script is perfect -- and the timing is right -- show the spec script to colleagues and industry contacts you've made through your work. Ask them for feedback and suggestions. Remember that you're not the first person to move to Los Angeles, get a PA job and hope that some producer will read your script and offer you a job on the spot. Seasoned writers and producers have been handed scripts hundreds of times. The key is to establish a genuine relationship with the person to whom you give the script. Don't network for the sake of networking. Do a good job, be a good person, make some friends, write a really killer spec script and the networking will happen by itself.

Now let's look at the latest software for streamlining the screenwriting process.