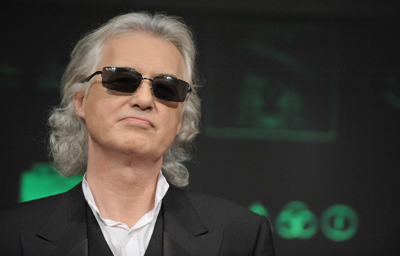 Stereo salesmen know the quickest way to sell a customer on a pair of high-end speakers: turn it up! Loud music packs an immediate emotional punch, and the same logic that's used to sell speakers -- the louder the better -- has been used by the recording industry for decades to sell records, tapes and CDs. Whether they like it or not, mastering engineers have been enlisted in what's known as the loudness war.

Here's how the loudness war works. If a record company releases a new single on the radio, the song needs to stand out from the pack. Record producers have figured out that the easiest way to inject a song with instant freshness and excitement is to make it louder than the songs that preceded it. Mastering engineers are constantly being urged by producers, artists and record company executives to make each album louder than the competition.

With the introduction of the MP3, the loudness war went into overdrive. MP3s are played back on flimsy computer speakers and through iPod ear buds, which lack the fullness of sound that's achieved on a hi-fi stereo system with good speakers. Sounds in the lowest and highest frequencies, for example, barely register on computer speakers. So if you're a record company and your goal is to sell MP3s, you need to make those MP3s pack a wallop. And how do you do that? Make the song even louder, of course.

The major complaint with the loudness war is that these tracks sacrifice sound quality for the sake of sheer volume. Pop music has always been played loud, but albums used to be mastered to retain as much of the dynamic range as possible. Dynamic range means that the quiet parts are quiet, which makes the chorus even more powerful when the guitars kick in and blow the roof off the place.

Now songs are blisteringly loud from start to finish. At first, it's exciting, which is exactly what the music executives want. But after listening to a couple of songs in a row at this hyperinflated volume, listeners begin to suffer from ear fatigue. It's not that their ears physically hurt, it's that they get tired of the flatness of the music. They get tired of trying to listen for sonic details, the clear sounds of different instruments, the warm subtleties of the human voice that just aren't there anymore.

Audio enthusiasts have long complained about the damage being inflicted on music and listeners by the loudness war. Even widely respected artists are falling prey to the pressure to make their tracks as loud as the latest My Chemical Romance song. Led Zeppelin's remastered collection, "Mothership"  -- mastered by Jimmy Page himself -- was criticized by some listeners as being simply too loud [source: Levine]. Even folk stalwart Paul Simon has received cranky comments about his 2006 album "Surprise" [source: Anderson].

The chief complaint, therefore, with remastered CDs is that instead of reaching back and restoring music to its highest possible quality, music producers are just selling louder, flatter versions of the same old songs.

For even more information about audio editing and the music business, follow the links below.