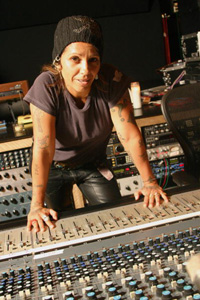 Strap on your MP3 player or switch on your car radio, and you'll hear the sounds of music -- whatever your taste may be. But how often have you thought about the time and effort that went into recording that three-minute song?

Chances are, whatever you're listening to was made in a recording studio, where songwriters, musicians, sound technicians and music producers work together to create a unique sound.

The time spent in the studio is referred to as a recording session. They date back to the early 1900s when Dame Nellie Melba recorded sessions on a wax drum, which used mechanical means to imprint sound waves directly on that medium.

Music recording sessions are often perceived as glamorous, but they actually involve considerable work and planning. Those involved must find the right recording studio, set a budget and a schedule, and find the right personnel, including engineers, producers and specialized musicians, to get the sound they want.

Recording sessions can be expensive affairs, too, if they're held in large professional quarters. More and more, however, artists are using the explosion in affordable digital recording session equipment to record at home or even online.

Along with musical instruments, music sessions require special equipment, as well. Items such as microphones, effects boxes, sound mixing boards, amplifiers and lots of cable are critical to a session's overall success.

The style and attitude involved in a recording session can vary greatly depending on the type of music involved. A recording session for smooth jazz or certain commercial music, for instance, might feel (and sound) much different than that for a hard rock band.

How do you plan a recording session? What equipment is needed to record? How does recording online work? Check out the next page to find out. 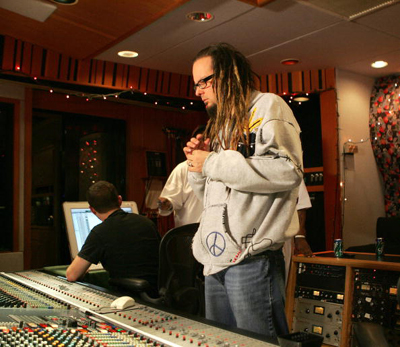 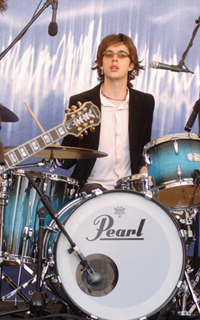 In other cases, you'll need to pay extra for the studio to bring in special pieces of equipment, such as musical instruments. Here's a look at some of the equipment you'll need for your digital recording session.

Microphones - You'll need these to capture the sound from any instrument that isn't plugged directly into the mixing board and recording apparatus. Microphones capture sound as it travels through the air, turn it into electrical energy, and then amplify, modify, enhance and record. An obvious use for a microphone is to record a singer's voice. But they also are used to capture sounds coming from amplifiers, such as those being used by electric guitar players. Special microphones are used to capture sounds from acoustic instruments, such as guitars, strings, woodwinds, brass, piano and percussions. Sound engineers have the technical background to select the correct microphone for the job.

Mixing boards - Mixing boards are those large control panels with rows and rows of knobs. Think of a mixing board as a large stereo control board. The mixing board allows the recording engineer and music producer to control the sounds coming from the instruments and singers as they relate to other sounds in the session. In other words, they can decide what is loudest and when. The mixing board also covers many other aspects of each sound in the final stage of the recording and mixing process. These functions include the amount of bass, treble, effects, fade, stereo and delay, along with many others.

Effects boxes - These electronic items, sometimes called "fuzz boxes," are used by musicians playing electric instruments to add a certain quality to their instrument's sound. Often, the musician will plug their musical instrument directly into the effects box and then run a cable from that box to the amplifier. The effects box will have controls on it to modify the amount of effect on the instrument's sound. Effects boxes are what make a heavy metal guitar sound "heavy," for instance. Other common effects include delay, echo and vibrato.

Faders - These devices are usually located on the mixing board. They allow the sound engineer to gradually decrease or increase the volume of the music being recorded. Many songs you hear have a "fade out" ending, with the sound getting quieter and quieter toward the end. This is accomplished with the fader function. Sometimes, two faders are connected in opposite directions, allowing one sound to fade out while the other fades in. This is called cross fading and it can be used in many situations as well.

Miscellaneous music supplies - Your supplies will vary, depending on your plans. But make sure you have plenty of cable (often supplied by the studio, but not always), guitar picks and drum sticks and drum keys, extra guitar strings and any items needed for quick repair jobs. Some studios can supply special instruments that will spice up your recording session as well. These might include a Hammond organ or a 12-string guitar. Ask your recording studio about these possibilities.

Remember, planning well will save you money and enhance your recording session's outcome.

On the next page, we'll talk about the differences between commercial recording sessions and rock sessions. 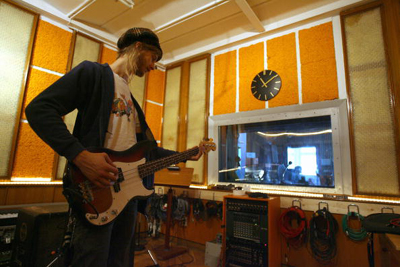 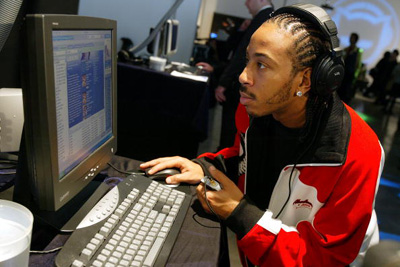 Online recording sessions are a growing trend in the music industry, combining the ability to cast a wide net for musical collaborators with the convenience of the Internet.

Two major ways musicians are using the Internet to record are hiring musicians to play special parts of a song and then assembling them at home and hiring an online recording studio to provide backing tracks to raw songs.

National Public Radio reported that more amateur musicians are turning to the Internet to reach out and hire professional musicians or simply jam with other amateurs. The recordings they make sound like they came from a traditional studio.

Some aspiring songwriters and recording artists use online sites such as efiddler, studio-drummer, sessionplayers and e-session to hire professionals, even famous ones, for $250 to $1,000 per song, NPR reported.

Creating digital recording sessions online has several advantages, including price, convenience, selection and control. Some online digital recording studios for instance, offer complete demonstration songs, mixed and mastered using four instruments for as little as $245. Such studios offer guitar, drum, bass and keyboard tracks, among other services. Other online recording studios, such as houseoftracks.com provide production services, both online or onsite and charge as little as $40 a track, or $160 for four different musical instruments.

Customers using these services usually are asked to e-mail an MP3 file of their song to the online studio, including a simple chord chart, basic drum and rhythm tracks. Some also ask for vocal track if applicable. The customer can send specific instructions, such as asking for a guitar solo at a certain point in the song or a harmony chorus. They also can specify a type of instrument to be used and other subtle details. Or they can simply leave it up to the online studio producers and musicians to fill in the blanks as they see fit.

The studios often give a choice to the customer in delivery method of the finished product: MP3, .wav, aiff files, or as a finished CD.

With the growing popularity of simple-to-use software programs like Garageband and online recording, it's almost certain that more people will record their own music in the future.

For more information about recording sessions and related topics, check out the links on the next page.