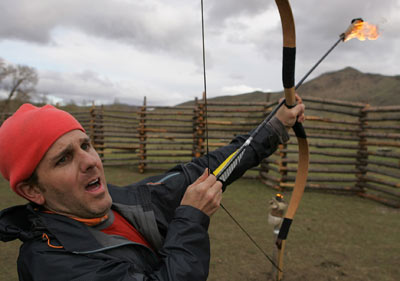 So, just how real is reality TV? While it certainly varies from show to show, consider this: All of the concepts were created by someone (usually the producer), the people who populate the show were auditioned or hired in some way, and, while the footage may be real, it is usually extremely edited. For example, the first season of MTV's "The Real World" was shot over a three-month period, ostensibly 24 hours a day -- this would add up to about 2,160 hours of footage. But only 13 half-hour episodes aired (technically, each episode was 22 minutes plus commercials), or approximately six and a half hours.

In 2001, first-season "Survivor" contestant Stacey Stillman filed a lawsuit against producer Mark Burnett and CBS, claiming that Burnett rigged the show by talking two other contestants into voting her off the island. Stillman said that Burnett wanted to keep 72-year-old contestant Rudy Boesch on the island to maintain an older viewing demographic

A number of contestants on shows like "The Apprentice," "The Bachelor" and "Joe Millionaire" have claimed that their actions were taken out of context and presented in misleading ways.

Reality shows typically don't have scripts, but there is often a shooting script or an outline that details aspects of an episode or part of the show. For example, on shows like "The Real World" and "Big Brother," which take place in confined quarters, the outline might give directions for which rooms or cameras to focus on. It might set up a specific challenge for the contestants on "Survivor" or "The Amazing Race." A shooting script could also create conflict between some of the participants (by pairing specific people as roommates or partners on "The Real World" or "Beauty and the Geek"). In extreme cases, a shooting script might include a storyboard -- a visual representation of the concept that physically illustrates what will occur in a scene.

Ultimately, reality producers and editors have a lot of control over what happens on the show, just by the sheer fact that they've put the people together in certain situations, and they're controlling what footage gets aired and what doesn't. They can also use a device known as frankenbiting to edit together conversation excerpts or sound bites to create a whole new dialogue or conversation. Frankenbiting -- and a savvy editor -- can essentially create alliances, crushes, fights and relationships. Footage that was captured days apart can come to appear as one scene or situation.

Another thing that separates reality TV from scripted dramas and sitcoms is the use of actors. Reality TV shows are supposedly populated by real people -- average Joes, geeks, the girl next door -- not actors. But, after the initial seasons of "The Real World," "Survivor," "The Bachelor" and "American Idol," it quickly became apparent that a lot of the real people auditioning for these shows were out-of-work or would-be actors trying to get screen time. But as long as it's entertaining, no one seems to be complaining -- people will keep coming back for more.