Browse the article How did they get a huge IMAX camera to the top of Mt. Everest? 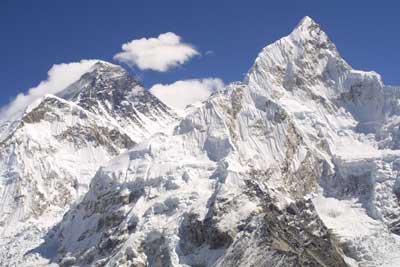 If you have read a book like "Into Thin Air," then you know that climbing Mt. Everest is an amazing challenge. The lack of oxygen at the summit can be deadly. To make filming possible, the team working on the Everest film built their own camera, as described on this page.

Filming on the mountain is still a significant challenge, but at least it is possible for a single person to carry the camera up to the top.

In the case of the space shuttle, all of the films to date have been 2-D, but a 3-D film is being created to document life aboard the craft. Special cameras and film are used to keep the weight down, and then everything is transferred to 15/70 film stock for projection.