Browse the article How Trainyard Works 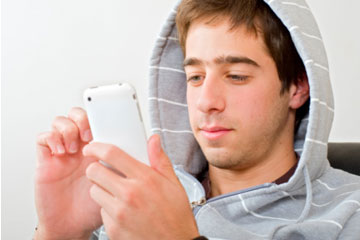 It's addictive -- the Trainyard.
Hemera/Thinkstock

Canadian gaming developer Matt Rix was riding a commuter train to work one morning when a light bulb turned on in his head. What if he created a game that transformed a railroad into a grid-based logic puzzle? The object of the game would be to create a route to guide multi-hued trains toward their destinations. Rix had never written an iPhone game, but he wanted to do so. He spent a year and a half elaborating upon his initial notebook sketch and finally completed Trainyard in 2010 while he was on leave taking care of his then-newborn son Toren [source: Rix].

Since its release in 2010, Trainyard, an app available on the iPhone and the iPad, has developed a cult following. Both puzzle-solving aficionados, and smartphone and tablet gamers, are drawn to its colorful interface and easy-to-learn, difficult-to-master quality. Trainyard's basic concept -- to guide trains from their starting points to the proper destination stations by drawing tracks and matching colors -- is beguilingly easy to grasp. Indeed, the game's beginning levels are so easy that even young children can play. But successive levels steadily ramp up the complexity and difficulty of the game, forcing players to create more intricate routes and color combinations. "One of the best parts of the game is the way the learning curve is set," writes Wired.com game reviewer Jonathan Liu. "It just builds and builds" [source: Liu].

Another part of Trainyard's appeal to game geeks is that, at the higher levels, the ingeniously designed puzzles require a brain-stretching amount of trial-and-error track-laying and switching. Beyond that, the puzzles ultimately turn out to have multiple solutions -- though the most elegant answer, i.e. the one involving the least amount of track, is the sweet spot for which every aficionado strives. Finally, Trainyard is not just a game, but a community of sorts, as well. The app allows players to upload their solutions to the Trainyard Web site and then compare them to what their counterparts down the street or on the other side of the world have come up with [source: Liu].

If anything, Trainyard is sure to make a commotion in your cranium. Learn more about how to play on the next page.

If you're the sort who likes to have an elaborate rule book or instructional manual to consult when you're playing a game, Trainyard will be a bit frustrating for you; the game lacks that sort of documentation. Instead, newbies are referred to a short YouTube video on the game's official Web site, Trainyard.ca. But even the video merely hints at how the game is played. "It's kind of hard to explain in words," developer Rix writes [source: Rix].

Nevertheless, we'll give it a try. Trainyard essentially is a single-player game. While it's possible for multiple people to pass the iPhone or iPad around and play, each of them is really playing against the particular puzzles that he or she chooses, rather than against each other. There's no scoreboard that tallies points, and as one of the tutorials included with the game explains, there's no clock or time limit to use in judging somebody the winner.

Beyond that, there are many different ways to solve the game's more complicated puzzles. Like scientific hypothesizing, the way to distinguish yourself at Trainyard is by coming up with the most elegant -- i.e., the simplest and clearest -- solution to a puzzle. In science, that standard is sometimes known as the principle of parsimony, which dictates that it's pointless to do with more what's possible to do with less [source: Philosophy of Science, Resources for Beginners].

When you tap on the Trainyard icon to launch the game, you click the start button and then pick one of the game's 100 puzzles to play. The playing field is a grid with various colored markers that represent trains' starting stations and goal stations. As one of the game's animated tutorials explains, the "outlet station" has a plus symbol on it, and the "goal station" has a circle.

Some puzzles involve more than one train. In that case, a player may need to merge trains together to create one train that is the correct color to match up with a particular station. For example, for a yellow and a blue train to make it to a green station, they must be merged -- since yellow and blue make green [source: Rix]. As you progress and play harder and harder games, you'll be introduced to other tricks and obstacles. For example, you'll find stations that will split trains back into two colors and other stations that repaint trains. You may need to route your train through one or more of these stations on the way to its goal.

As you can see, the game can quickly become complicated. We'll discuss how it stretches your brain on the next page.

How Trainyard Trains Your Brain

While Trainyard might seem like a pleasant diversion when you're waiting for takeout pizza, its design also provides an insightful illustration of the different models by which humans learn. Indeed, one of the most intriguing things about the game is that it's designed to be learned by actually playing. Trainyard starts out simply, with easily solved puzzles, and allows a player to progress to more difficult ones as quickly as he or she can solve them. Along the way, the game offers optional animated tutorials, which show how to draw corners on the grid and perform other functions. In that sense, it's an example of what educational experts call guided learning, which provides shaping experiences and feedback to players [source: Guided Learning Systems]. But Trainyard also relies upon experiential learning, a theoretical model in which a learner has experiences, reflects upon them, conceptualizes his or her own rules, and then engages in active experimentation to see whether those rules work [source: Atherton].

Additionally, Trainyard devotees improve their puzzle-solving skill by uploading their solutions to the Trainyard Web site and then comparing those to solutions that other users have created. While some players may rely upon others' postings as "cheats," it's much more fun to use the postings as jumping-off points from which you can develop an even more elegant solution yourself. In that sense, Trainyard also provides an opportunity for collaborative learning, a model in which people trying to master a skill or solve a problem work together in groups, sharing ideas and building upon others' inspirations [source: Smith and MacGregor].

It's not hard to understand the popularity of Trainyard when you consider that, since ancient times, people have delighted over puzzles -- and not just small, two-dimensional ones. For example, a clay tablet from Greece that dates back to approximately 1200 B.C. depicts the design for an ancient maze. In legend, the design is said to be a plan for the labyrinth that housed the Minotaur, a half-man, half-bull creature, in the palace at Knossos, Crete [source: Wolfram].