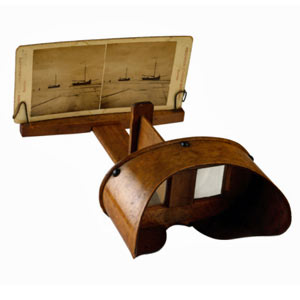 The phenomenon of stereoscopic vision was discovered in 1800s [source: BBC]. With that discovery came the first attempt at creating 3-D images from flat drawings -- the stereoscope. While there are different versions of a stereoscope, it is always two images of the same object from slightly different vantage points positioned side-by-side. When viewed through a lens, your brain merges them together into one 3-D image [source: NCSSM].

Attempts at 3-D illusions continued on for many years, but always used two images, much like the way your eyes see the world. With the invention of cameras, creating two, slightly different perspectives of one image became much easier. Then came the blue and red glasses 3-D effect, formally known as anaglyphs. Using a red and blue image, the glasses block out part of the image, allowing you to see two different perspectives when wearing the glasses. From this came vectographs -- the first 3-D illusion presented as a single image. However, it still required the use of special 3-D glasses.

It wasn't until 1959 when Dr. Bela Julesz created autostereograms that doctors and scientists began to believe stereoscopic vision and depth perception occurred in the brain rather than the eye. While studying images from a spy plane of camouflaged objects, Dr. Julesz discovered the random dot stereogram [source: Magic Eye 3-D]. With the help of a computer, he created an image of randomly distributed dots of uniform shape and size. His test proved his theory and also led to his student creating the first 3-D illusion that could be seen from a single image without the use of glasses or lenses.

With the help of computers, eye puzzles emerged in three different forms -- random dot, random text and texture. In 1991, Tom Baccei teamed up with artist Cheri Smith to improve the single image texture stereogram. With the help of advancing computer technology and a full-spectrum of color, the pair created the very popular brand Magic Eye [source: Magic Eye].

While autostereograms create a 3-D illusion without the use of special glasses or lenses, there are techniques one must employ in order to see the 3-D illusion. We'll learn how to see the magic on the next page. 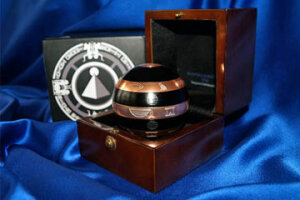