Origin and Explanation of 8 Queens Puzzle

Now that we get the basic premise of the puzzle, we should establish why the problem is so unique. To do that, let's brush up on our chess basics. In a game of chess, the queen is a force to be reckoned with. She can move in a straight line vertically, horizontally or diagonally, as many spaces as she pleases. The one catch is that she can't jump pieces, so if a pawn is in her way, she must capture it and stop.

This is what makes the 8 Queens puzzle interesting. If queens can move up, down, left, right and diagonally, then how many warring royals can occupy the board without sharing the same row, column or diagonal line? Now, you might think it'd be a terrific idea to just place a queen on the board, trying different combinations before you hit on all of them. And sure, that's possible. But there are 4,426,165,368 potential solutions, so you might consider finding a shortcut.

Before we put our queens in 4 billion different squares, let's first acknowledge that somebody actually sat down one day and decided this would be a good way to waste an afternoon or two. Predictably, it wasn't someone who had reruns of "My Big Fat Gypsy Wedding" to catch up on -- it was a 19th-century German chess master and composer named Max Bezzel. (A chess composer is someone who makes up chess problems -- also known as puzzles -- to solve.) It first appeared in the German chess magazine DieSchachzeitung in 1848.

Bezzel wasn't so interested in solving the puzzle; he was satisfied with simply posing the question. However, in 1850, mathematician Franz Nauck wrote another article that discussed the problem. (The first solutions to the puzzle were eventually solved by Nauck.) That got the attention of Karl Gauss, a 19th-century mathematician known for discovering the fundamental theory of algebra. When Gauss took an interest in finding the solution, others followed, and different approaches to solving the puzzle began to emerge. 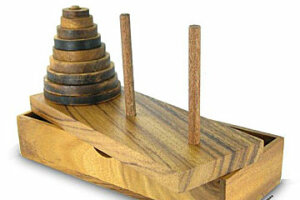 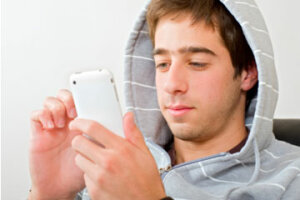