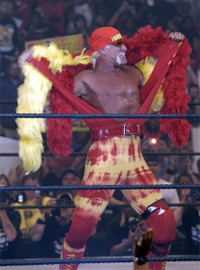 Professional wrestling has seen thousands of performers step between the ropes, but only a few have left a lasting mark on the industry. Here's a sample:

For lots more information on pro wrestling and other topics, check out the links below.

To become a wrestler, you have to go to wrestling school. There are several schools scattered throughout the United States and Canada. Tuition is usually a few thousand dollars, and the training is extremely difficult. Constant endurance and weight training, combined with endless repetition of falls, slams and throws, can break down even the toughest future wrestler.

Once a prospective wrestler has completed wrestling school, his instructor will use his contacts to try to place him in the major promotions. There's no guarantee, however. Many graduates have to pay their dues in smaller promotions and work their way to the top.