Browse the article How Pro Tools Software and Hardware Works 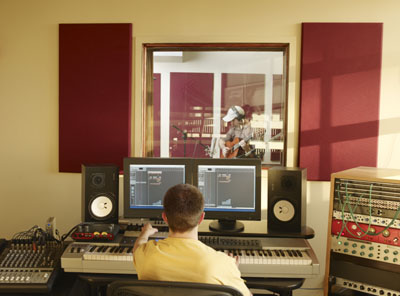 Pro Tools systems are the standards that sound engineers use for mixing music when it's recorded in the studio.
© Matt Carr/Photonica/Getty Images

Pro Tools is a rare example of a technology that absolutely dominates an industry. Every single professional audio production facility -- from recording studios to audio post-production houses -- uses a Pro Tools system. The only equivalent is the way that Avid systems dominate the film and TV editing world. It's interesting to note that Digidesign, the creator of Pro Tools, is also owned by Avid.

Pro Tools is not simple to use. And it isn't cheap, either. But what you pay for in time and hard-earned cash is an amazingly stable platform that produces the highest-quality digital music recordings in the business. Professional musicians -- everyone from the synth-heavy Nine Inch Nails to orchestral film score composers -- rely on the versatility and power of Pro Tools to deliver every type of sound imaginable, whether the source is a human voice, an analog instrument or a nearly limitless number of virtual instruments and audio effects.

Pro Tools is more than just software. The software works in tandem with a wide assortment of internal and external hardware components to create the world's most powerful and versatile recording, editing and mixing system.

The Pro Tools software itself is the same across all Pro Tools systems, whether you're using the most basic home studio system or the most elaborate professional setup. Pro Tools software allows a musician to record with microphones, analog instruments or MIDI controllers, edit the tracks with intuitive editing tools, add effects with thousands of third-party Pro Tools plug-ins, mix the songs with built-in virtual mixing boards, and export to CD or any digital file type.

The power and expandability of the Pro Tools software depends on the processing power of the entire system. For example, the most basic system allows you to record up to 18 simultaneous audio tracks. That's the equivalent of recording an 18-piece band where every instrument has its own microphone recording to its own track on the Pro Tools software. The most advanced Pro Tools HD systems can handle up to 192 simultaneous audio tracks.

In Pro Tools, digital audio conversion and effects processing is handled by several different pieces of hardware. The first is called an audio interface. An audio interface is like an external sound card. It's mainly responsible for converting analog audio signals to the digital signals that your computer can understand.

In the back of the audio interface is where you plug in all of your microphones, electric guitars, MIDI controllers, et cetera. On the front of the interface are simple controls for adjusting the input and output levels of anything connected to the box. The smallest Pro Tools audio interface is slightly bigger than a flash memory stick and includes only one analog output jack, while the largest units are rack-mounted boxes that have eight analog inputs/outputs, four microphone preamps, studio monitor outputs and MIDI connectors.

The higher-end Pro Tools HD systems come with internal PCI cards to boost your computer's processing power. You can buy systems with one, two or three accelerator cards that will speed up the Pro Tools software when applying effects to dozens of tracks simultaneously. Professional recording studios typically invest in one or more external hardware expansion units that come loaded with six accelerator cards.

What are the advantages and disadvantages of Pro Tools? Read on to find out.

Advantages and Disadvantages of Pro Tools 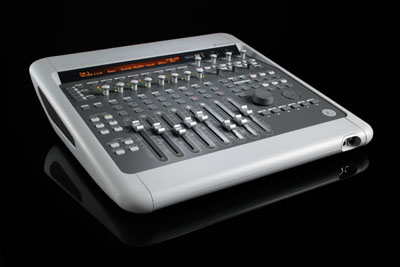 The advantage is once you learn how to use Pro Tools, you have the skills to work in many different audio environments. The basic software functionality doesn't differ significantly from the cheapest home system to the highest-end professional rig. So the time you invest in learning how to use the software will continue to pay off throughout your career.

The disadvantage of Pro Tools being the industry standard is that it's expensive and proprietary. You can't buy Pro Tools software on its own. It won't even work without a Pro Tools-approved audio interface. The interface functions as a physical anti-piracy key, sometimes called a dongle. So if you want to learn the industry standard, you're going to have to fork over the cash and invest in the whole system.

What does that mean for musicians? For one, you can't use Pro Tools with just any audio interfaces or sound cards that you already own. And you can't shop around for a better deal on audio interfaces, because you're stuck with the few that work with Pro Tools. Some musicians chafe against this very closed, proprietary system and opt for other more open platforms.

Since Pro Tools is designed for professionals, it's not as user friendly as a home-recording tool like Garage Band. It takes time to learn the nuances of the system, even years. Pro Tools is designed to be extremely versatile, which means that there are tons of tools and editors and plug-ins that you may never use. The danger is getting lost in all of the details and becoming overwhelmed. Luckily Pro Tools comes with a helpful instructional DVD and there are many colleges, professional schools and even music stores that offer Pro Tools training classes.

So how do you get your hands on a Pro Tools system and how much should you expect to pay? We'll talk about that in the next section.

How to Get Pro Tools Hardware and Software 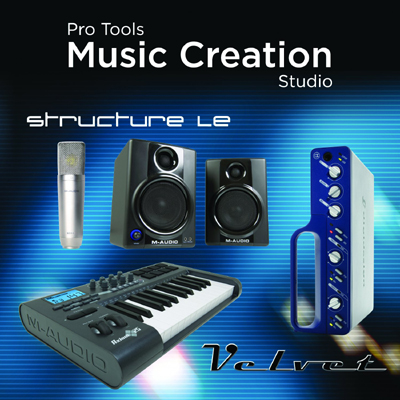 Digidesign doesn't sell any of its products directly from its Web site. Instead, you can use the handy online search tool to find a Digidesign authorized dealer near you. Or you can buy online from any number of national retailers like Sweetwater or Guitar Center.

The key to buying a Pro Tools system is accurately assessing your needs. If you're a one-man home recording studio and you're only looking to hook up your vocal microphone and a keyboard, then you only need an audio interface with one mic preamp and a MIDI connector. If you're running a full professional recording studio, sometimes with upwards of 20 instruments at a time, then you need a more elaborate system.

For home studio setups, the best bet is a Pro Tools LE or M-Powered system. M-Powered audio interfaces are a little cheaper than LE interfaces since the equipment is made by a third-party company called M-Audio. For as little as $100, you can get a Pro Tools-compatible M-Audio internal PCI card with MIDI and analog input/output. But then you'd have to buy the Pro Tools M-Powered software separately, which runs about $250.

Pro Tools LE audio interfaces actually come with the software included. If you shop around, you can find lower-end models that cost less than the M-Audio options when you include the price of the software. For example, Sweetwater sells an Mbox 2 Mini audio interface -- with one mic preamp and two analog input/outputs -- with free Pro Tools LE software for only $300.

On the high end of the spectrum, you can easily spend $30,000 on a professional Pro Tools system. The Pro Tools HD 3 Accel system retails for $14,000. The C 24 control surface alone is $10,000. Then you'd want extra input/output boxes for all of those microphone and analog cables, which each cost $2,000. This doesn't even include high-end studio monitors, LCD video screens, and of course your computer.

If you fall somewhere in between the highest and lowest end, many retailers sell Pro Tools start-up bundles that include the software, an appropriate-sized audio interface, a studio microphone and a pair of monitors. Mini bundled systems start at around $400, but prices can get up to $4,000 when you throw in a small control surface, a keyboard, higher-end microphones and extra cables.

Before you buy anything, make sure that your computer has the minimum system requirements for running the desired version of the software. Pro Tools doesn't work with Windows Vista, for example. And if you're going to be recording a lot of music, you'll want to invest in some extra external hard drives for storing all of the raw and finished audio files.

For lots more information on Pro Tools, audio post production and related topics, check out the links on the next page.