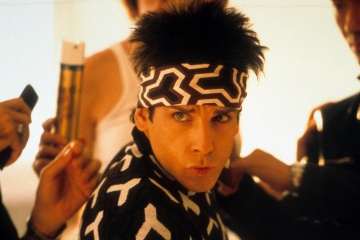 Hopefully "Zoolander 2" does better than the first one did on opening weekend.
Paramount Pictures/Moviepix/Getty Images

No matter how much analysis goes into predicting Sunday's box office take, some movies are destined to surprise both the studios and the public. Why? It's important to keep in mind that the studios are the ones predicting how a movie will do and what the expected Sunday drop will be. Media outlets simply report on predictions and estimates provided by the studios, which have strong motivation to either inflate or understate the box office. Some prefer to go bold and predict record-breaking ticket sales in an effort to drive interest in the film, even at the risk of coming up a little short. Others prefer more conservative estimates to avoid a disappointing showing when the numbers come in.

In addition to the obvious bias of having the studios predict their own ticket sales, plenty of other factors can make estimating Sunday sales unusually challenging. A major holiday falling on a traditionally busy or slow movie day or even a natural diasaster can throw a loop into the world of movie analytics. "Avatar" likely suffered from slow sales when a major winter storm blanketed the East Coast on its opening weekend in 2009, and box office predictions for "Zoolander" busted when the film came out just after the Sept. 11 terrorist attacks.

Of course, movies can overperform just as easily as they can bust. "Avatar" shocked everyone when it registered a sales drop of just 3.1 percent from Saturday to Sunday on its opening weekend in 2009 [source: Box Office Mojo]. The year before, Warner Brothers faced plenty of criticism when the studio predicted a $150 million weekend for "The Dark Knight." Thanks to a Sunday drop of just 8 percent, the movie shattered all sorts of records as it took in $158.4 million during a single weekend [source: Finke].

While studios and the media can use historical patterns to predict Sunday ticket sales before they happen, there's no way to know box office results for sure until the final numbers are in. Hey, that's Hollywood.