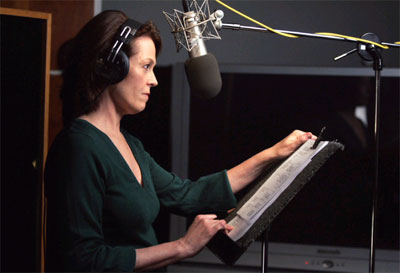 Ask any film production manager or coordinator how difficult it is to pull off an ordinary film shoot and they'll say that it takes a lot of hard work from many people. Now imagine shipping equipment you've never worked with to the other side of the world or making travel arrangements to places you didn't know existed. The production staff of "Planet Earth" spent years prepping for the job. Securing permits, hiring crews, lining up equipment and booking travel were only the tip of the iceberg, so to speak.

The BBC has the advantage of extensive resources. There are specialists for virtually every facet of the process. Need a camera lens shipped to Outer Mongolia? No problem, just ask the shipping expert. Need someone to break down the risks of breathing sulfuric acid? Easy, just consult the resident health guru. Many of the crew underwent survival training from extreme weather authorities to learn everything from how to prevent frostbite to how much water you need to drink in 110-degree heat. Then there's the BBC safety store and "kit cage." This is where the film units outfit their expedition. Tents, climbing ropes, life jackets, gas masks, first-aid kits, caving gear, scuba tanks and maps are just a handful of the items selected and packed up.

Getting film permits for many of the locations proved to be quite a challenge as well. The inhabitants of King Charles Land, an island in the Arctic Ocean off the coast of Norway, hadn't seen human visitors since 1980. The BBC tried to get permission to film there for 25 years before finally being allowed for "Planet Earth." It took a year to gain access to the rugged Karakoram Mountains of Pakistan because of the political instability of the region.

On thing that was crucial to the success of filming "Planet Earth" was the help and cooperation of the locals. Everywhere they traveled, BBC crews were assisted by the indigenous people of the region in one way or another. From having a pizza delivered at 14,000 feet in the Himalayas to getting Pakistani helicopter pilots to fly the crew around K2, the help the locals provided was invaluable. Guides led teams through jungles and deserts, helping to keep the crew safe while sharing their knowledge of the area to find reclusive wildlife. There were scattered encounters with conmen and thieves, but they were overshadowed by the tremendous amount of support most of the native inhabitants provided.

Continue to the next section to learn about some of the revolutionary equipment and techniques used in filming.­

Visit The Discovery Channel Web site and you'll find a very cool interactive game that puts you in the producer's shoes. In "Mission: Planet Earth," scenarios are played out in seven locations around the world that force you to decide which direction to send your team, what supplies they need, and whether or not to press on or return to camp when faced with adversity.Text