Track & field, gymnastics and soccer are all sports that make up the Olympic Games. These and other Olympic events are highlighted in this collection of photos. 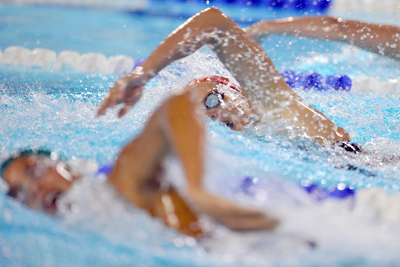 Olympic swimmers compete in the 400m Freestyle final. Check out another Olympic event that takes place at the pool on the next page. 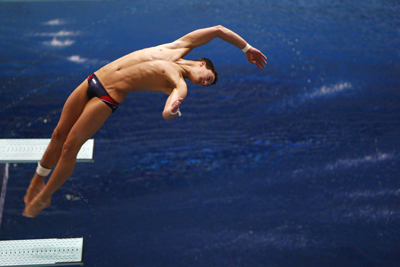 Diving was known as "fancy diving" when it was first introduced to the Summer Olympic Games. The top players of the WNBA compete in the next Olympic event.

The United States women's national basketball team has won four Olympic gold medals. Most of the world refers to the next Olympic event as football. 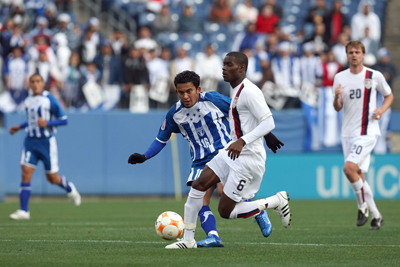 The United States playing against Honduras during the final match in the Men's Olympic Qualifying soccer tournament. What Olympic event requires swimming, cycling, and running? 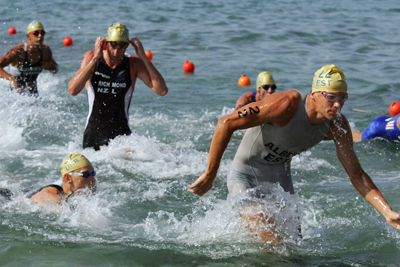 Triathletes run to the beach during the 1500 meter distance swimming event of the men's triathlon during the Summer Olympic Games. The next event takes 26 miles and 385 yards to complete. 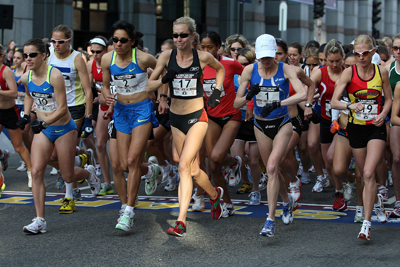 The runners take off at the starting line of the U.S. Women's Olympic Marathon Trials. What Olympic sporting event is a Korean martial art? 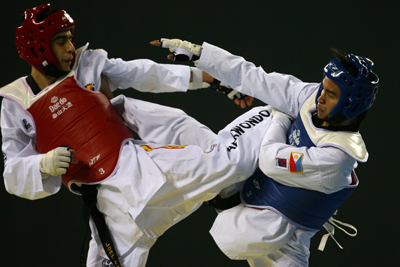 Gonzalez Joel (L) of Spain fights with John Paul Lizardo of Philippines during the men's 58kg final in a Taekwondo Tournament. The Olympic event on the next page also involves two fighters. 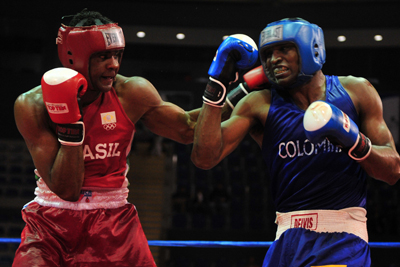 A Brazilian and Columbian boxer exchange blows during an Olympic qualifying fight. You're going to need a bike and helmet for the next event. 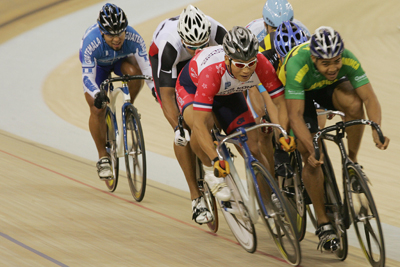 Cycling has been an Olympic event since the beginning of the modern Olympics in 1896. Check out a track and field event on the next page. 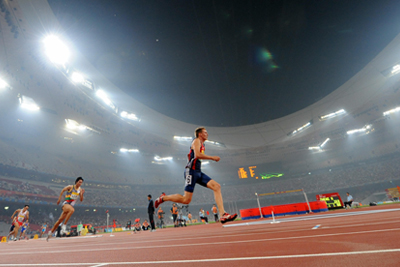 Australian sprinter Mark Ormrod is seen on his way to win the men's 400m final. Throw in a few 3 feet 6 inch hurdles and you have the next Olympic event. 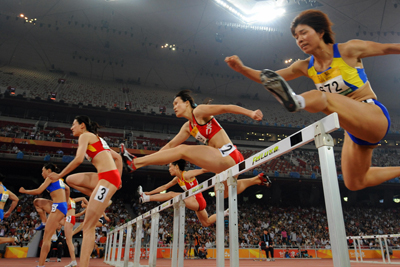 Athletes are seen competing in the women's 100m hurdles semi final. The Western roll, Eastern cut-off, and the Fosbury flop are just some of the techniques used in what Olympic event? 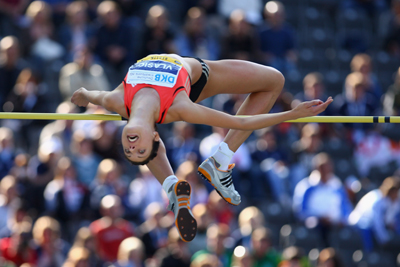 Athletes have created many effective techniques used to win the high jump, such as the Fosbury flop. The track and field event on the next page involves jumping with a pole. 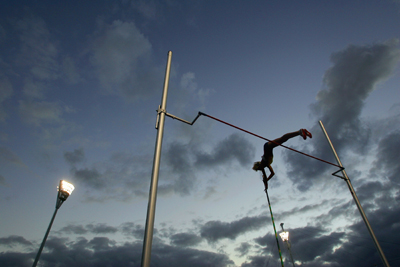 In the early years of pole vaulting, athletes used bamboo poles and landed on heaps of sawdust. The Soviet Union, United States, and Japan are the top ranked countries in the next Olympic event. 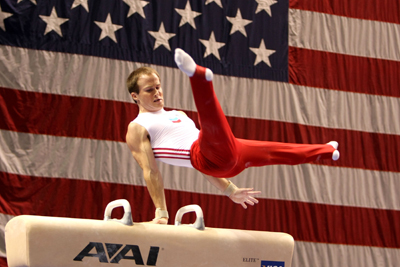 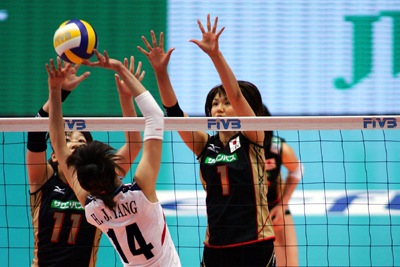 A volleyball match between Japan and Korea during the FIVB Women's World Olympic Qualification Tournament. You can learn more about the Olympics in How Olympic Torches Work.

The Human Fly, or the Daredevil Who Made Evel Knievel Seem Sane
9 Winners of Extreme Eating Contests
Best Golfers