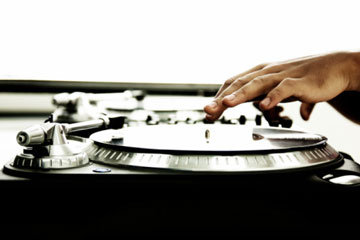 How do musicians take a classic sample and turn it into something new?
Antonio Luiz Hamdan/Photographer's Choice/Getty Images

Have you ever heard a brand new song on the radio and realized that it sounds familiar? It's not really a cover of an old song, but perhaps it used a well-known bass line and repackaged it into a new arrangement -- much like Sean Kingston's 2007 "Beautiful Girls" borrowed from Ben E. King's 1961 classic, "Stand by Me." Another famous example is how Vanilla Ice borrowed the bass line from Queen and David Bowie's "Under Pressure" for his hip hop song, "Ice Ice Baby."

Or maybe it's more subtle than that. A modern hit song could have taken a 6-second drum sample from a lesser-known, 40-year-old funk recording. Indeed, this is the case for literally thousands of songs, mostly from the hip hop and rap genres, which have borrowed the drum break from 1969's "Amen Brother," a B-side song from a group called the Winstons. Another one of the most sampled pieces is the drum break from James Brown's 1970 song, "Funky Drummer."

This kind of musical borrowing is known as sampling. We should note that the term "sampling" can also refer to the process of turning music into digital data. In this article, we'll be talking about sampling as the process of incorporating a track from a previously recorded song into a brand new song.

But it's usually not just a matter of recording a drum break and simply plopping it into another song. It'll often involve taking a portion of the drum break -- even just a few slaps of the snare drum -- and looping it, or repeating the sampled section over and over to form a "loop." For instance, LL Cool J looped a section of the drums from "Funky Drummer" throughout his 1990 song, "Mama Said Knock You Out." Talented artists can sample more than one song at once. That same LL Cool J song, for instance, also happens to sample several other tracks, including a loop of background vocals from 1967's "Trip to Your Heart" by Sly and the Family Stone. Sampling can also involve creative manipulations, such as changing the speed or pitch of the original sample.

Few deny that it takes talent to sample a classic song effectively and use it in a new, creative way. And the practice has played a major role in shaping the entire genre of hip hop. But sampling has had a longer history and more complex legal implications than many people realize. Read about the process on the next page.

Early on, hip hop artists could get away with sampling songs without repercussion. The artists generally didn't even seek permission from copyright owners, let alone receive permission. Soon, you could even buy CDs that contained compilations of drum and bass samples, including infamous breaks like the one from "Amen Brother," to create your own remixes. But as the genre grew in popularity and sales, copyright owners began to take notice of artists like Public Enemy, who used sampling heavily.

At first, the costs of a buyout, or the purchase of rights to sample a song, were modest. But these soon grew, and there were also additional fees called rollover rates, which added to the costs depending on how many units were sold. What complicates matters is that artists had to pay two different copyright holders for the same song: the copyright owner of the music (the composition) and the copyright owner of the actual recording. Artists can at least avoid paying the latter by making a new recording of the song. But members of Public Enemy claim that they had to change the group's sound as a result of restrictive copyright rules.

The general consensus is that these artists didn't sample older recordings to maliciously pass someone else's work off as their own, but to create something new with it. But despite harmless intentions and the value of the art they were creating, in the eyes of many, they were nevertheless profiting off of stolen work. For instance, Clyde Stubblefield, the original "Funky Drummer," still hasn't received compensation for his much-sampled drumming.

Now, copyright owners are more likely to clamp down on unauthorized sampling quickly. In 2004, Danger Mouse sent out promotional copies of his work called "The Grey Album," which was a mashup of the music from the Beatles' "The White Album" and Jay-Z's raps from "The Black Album." EMI, the label that owns the Beatles' recordings, quickly slapped Danger Mouse with a cease and desist order, preventing him from releasing the album commercially. (This didn't stop the album from becoming a huge hit over the Internet, however, as the work spread quickly over P2P networks.)

What bothers many supporters of hip hop sampling is that those suing for damages are usually not the original artists themselves, but the corporations that own the copyrights. One notorious case came in 2005, when Bridgeport, a one-man company that had acquired many copyrights, sued Jay-Z for his use of sampling. The Sixth Circuit court ruled in favor of Bridgeport and warned simply: "Get a license or do not sample" [source: Wu].

What about cover songs?

Copyright law regarding sampling continues to be not only controversial but complicated. For instance, covering a song is perfectly fine and doesn't require permission from the copyright owner -- as long as you don't modify it (even so much as translating the lyrics into another language). 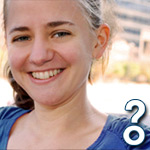 Having grown up during the height of hip hop, it was fascinating to learn more about the history and evolution of sampling. I’ll admit I’ve always been more partial to the soul and funk genres that hip hop artists were sampling than to the hip hop genre itself, and it’s easy to understand hip hop’s desire to incorporate those older classics. If imitation is the sincerest form of flattery, sampling could be considered a form of worship. But the questions of copyright and ethics inevitably plague the topic of sampling. Despite the facts that hip hop artists might have good intentions and ultimately create a unique sound that is drastically different from the original sampled song, sampling is a sticky legal issue. On the one hand, it’s easy to sympathize with the argument that the original artists deserve recognition and compensation. But it’s harder to accept that argument when it turns out that compensation from the lawsuits often goes to non-artists who happen to hold the copyright. There seems to be no easy answer.

Stuff you need to know:

Now, test your knowledge with these quizzes!

Check out these image galleries!

Quiz: Are You a True BTS Fan?
Composing in Code: Musician-Programmers Are Changing the Way Music Is Made
Now You Can Sing 'Happy Birthday' Without Looking Over Your Shoulder (Probably)