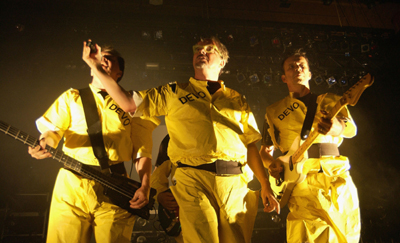 The new-wave band, Devo, peddled their own 45 records before finding a music distributor.
© Jim Dyson/Getty Images

In the mid-1970s, before the rock group Devo had a record contract, co-founder Mark Mothersbaugh traveled around Ohio from record store to record store to peddle 45s that the new-wave group had pressed at $400 per 1,000. Band members also created the cover graphics and folded and assembled the records and covers.

Working as an apartment building maintenance man gave Mothersbaugh enough time to make the store-to-store treks, but often the response was something like, "No. Still got the copy you brought us last week." It might not have been the most efficient system, but that, Mothersbaugh says, was Devo's early independent distribution network. Eventually a record contract with Warner Bros. brought the trips to an end [sources: Jodi Summers and Devo].

Like yet-undiscovered Devo, many music groups face the dilemma of how to get their music to their audience once they're done writing and recording. The answer is the music distributor, who can make the connection between the band and the fans, increasing the group's visibility and putting cash in its pockets with CD or individual track sales.

The world of music sales has changed dramatically since those hand-assembled and personally delivered Devo 45s. Mergers and acquisitions have reduced the number of major music distributors to a handful, and vinyl has given way to CDs and online single-track downloads, but much of the distributor's work remains the same. 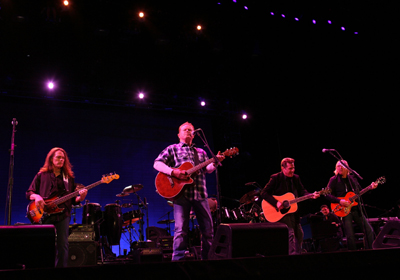 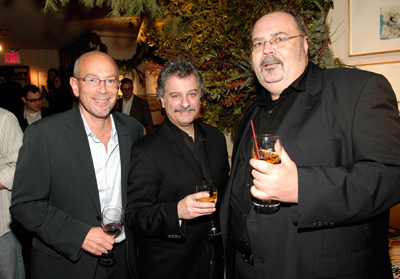 For lots more information about music distributors and related topics, check out the links on the next page.

Quiz: Are You a True BTS Fan?
Composing in Code: Musician-Programmers Are Changing the Way Music Is Made
Now You Can Sing 'Happy Birthday' Without Looking Over Your Shoulder (Probably)