New Movie Crush Podcast Talks 'Tron,' and Why It's So Awesome

by Melanie Radzicki McManus Nov 3, 2017
The lightcycle from the movie "Tron." Pacifier/CC BY-SA 3.0

Maybe it was the special effects, considered cutting-edge at the time. Or the superb music. Or the fact that her dad loved it too. Janet Varney, an actor, improv comedian and founder of SketchFest, names the 1982 Disney sci-fi film "Tron" as her all-time favorite movie. Varney was just 6 when she saw it for the first time, as she tells Chuck Bryant during the debut episode of his new podcast, Movie Crush.

Bryant is well-known as the co-host of Stuff You Should Know, one of the world's most successful podcasts. Now, in addition to co-hosting that show, Bryant will regularly gab with some of America's favorite people about their most beloved flicks on the weekly podcast Movie Crush.

Inaugural guest Varney says she loves "Tron" mainly because it was so far ahead of its time. The movie, starring Jeff Bridges, Bruce Boxleitner and David Warner, is about a computer hacker (Bridges) who gets sucked into a mainframe computer, where he is forced to play gladiator-type games. His only way out is to enlist the help of a security program. At the time the movie was released, few Americans even had a home computer.

Varney's love for the movie is tied up in the fact that her father loved it, too, and invented a "Tron" game for the two of them to play. Some evenings, he'd turn off all the lights in their home. Then he'd hold her in the air Superman-style and race around with her, ostensibly trying to avoid Sark, the movie's evil character. When the duo spied their home's red motion detector light, they'd shriek that it was the Recognizers, or pursuit ships, and flee into the next room.

Thanks to the "Tron" game, Varney says she's never been afraid of the dark. "I only equate the total darkness with playing 'Tron,'" she says.

Bryant says he's looking forward to discovering the joy of film through the eyes and ears of his guests. "It's sort of a big deal, I think, to name a favorite film, and to put it out there," he notes. "I think it says a lot about who you are and what makes you tick."

Every Movie Crush podcast will include the segment "What Ebert Said," where guests get to guess whether the famed movie critic gave their fave a thumbs-up or a thumbs-down. Varney guesses Ebert dissed Tron, but is she right? To find out, listen to the episode of "Janet Varney on Tron."

When Is — and Isn't — Crime Considered Terrorism? 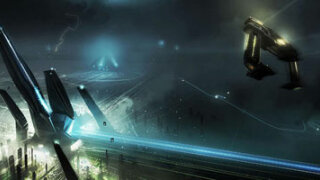 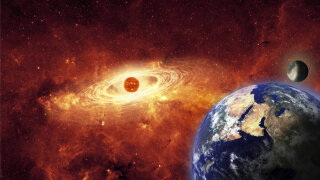 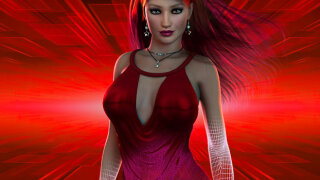