by Diane Dannenfeldt
Prev NEXT
4 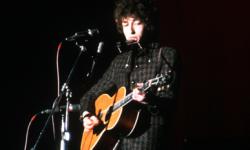 A copy of this album, in mint condition and with the original track listing, sold for $35,000. Dylan initially included four songs that he later thought were too old-fashioned. Although the songs were quickly replaced, some copies of the original album were released. If you hope to find one of these, look for a cover that has a "Stereo/360° Sound" logo and a sticker that reads "Singing His Sensational Hit, Blowin' in the Wind" [sources: Audioracle and The Guardian].