by Diane Dannenfeldt
Prev NEXT
6 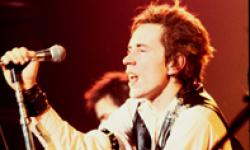 The Sex Pistols signed with A&M Records in 1977, but were fired a week later because of their outrageous behavior. During their brief stay, they recorded "God Save the Queen" as a promotional single to be released during the Queen's Silver Jubilee that year. Never released, mint-condition singles were given as farewell gifts to about a dozen top executives when A&M's London office closed in 1998. The punk rock records now fetch $20,000 or more each. A copy with its original mailer sold for 12,675 pounds (about $25,300) in 2006 [sources: Popsike.com and Rolling Stone].