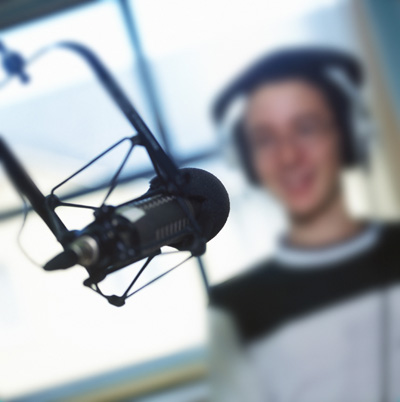 This type of software-only synthesizer is called a soft synth and is one of several so-called virtual instruments. Let's say you have an audio editing and sequencing program like Pro Tools. You're writing a song that would sound awesome with a jammin' solo on a 1975 Moog synthesizer with Taurus bass pedals. You don't have to go on eBay and drop a couple thousand dollars on a vintage synthesizer. Instead, you can buy an inexpensive software plug-in for Pro Tools that allows you to emulate the exact sound of the 1975 Moog.

A virtual instrument that replicates the sound of an existing hardware instrument is called an emulator. The cool thing about these emulator plug-ins is that they include a graphical interface that looks exactly like the original instrument, right down to all the crazy knobs and faders. And since this is a MIDI interface, you can even add extra effects and capabilities -- like the ability to play more notes at the same time.

You play a soft synth emulator through the same MIDI keyboard or MIDI controller you use to record the rest of your MIDI data. Or you can buy special controllers that are meant to have the look and feel of a classic keyboard or organ, with all the physical knobs, buttons and drawbars. There are also plenty of soft synths that are original creations, rather than emulating an existing musical instrument.

Another type of virtual instrument is a software sampler. A sampler allows you to press a button to play back a sound file, maybe a vocal shout or an audio quote from a movie. Software samplers can be loaded with bits of original recorded audio, but are most useful when loaded with tremendous third-party sample libraries containing thousands of drumbeats, sound effects and vocal clips [source: Sweetwater].

Most virtual instruments and sampler plug-ins are programmed using something called Virtual Studio Technology (VST), an open codec introduced by Steinberg in 1996. VST plug-ins can be dragged and dropped directly into Steinberg's sequencing and recording programs, Cubase and Neundo. Although a program like Pro Tools doesn't recognize VST files, there are special downloads that repackage VST files as Pro Tools plug-ins [source: YouTube].

We hope this has been a helpful introduction to the miraculous world of MIDI. For more information on music technology and related topics, check out the links below.